AI will help to protect your smart home devices 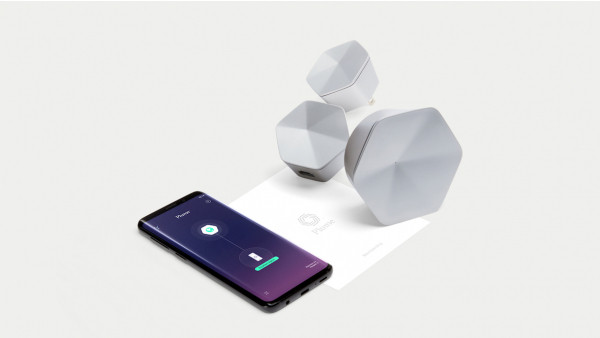 Plume's Adaptive Wi-Fi system takes the traditional mesh Wi-Fi system and fuses in a load of smarts, from family profiles to internet protection and guest sharing - all built into a subscription service. Until now it's only been available in the US, but Plume's finally coming to the UK, and bringing new goodies with it.

As in the US, Plume arrives in the UK with its Adaptive Wi-Fi system feature, which adapts the Wi-Fi signal to your home to get a consistent speed among all your devices. There's also HomePass, a guest system that allows you to dictate what your visitors can do on the network. Plus, you'll still get measure and track your internet performance, monitor devices, get access to parental controls and usage limits.

But Plume's also introducing a new feature called Adaptive IoT Protection, which is rolling out to both US and UK users. According to Plume, this uses AI to identify all devices on the network, detect anomalies in behavior and - should it detect any suspect shenanigans - will "quarantine" devices so malware or other nasties can't spread to other devices on the network.

We've seen a similar feature in other mesh Wi-Fi systems, like Eero's, which offers threat scanning and blocking as part of its Eero Plus package. As we fill our homes with more and more smart devices, being able to quarantine threats that could expose our private networks is going to become an essential part of building a home network.

However, this means that these companies will also collect a lot more data on what we do on our home networks, and keeping a vigilant eye on privacy policies is needed.

For Plume's part, it says it collects data to mostly further develop its own products and services. However, it can also use your data to send you marketing messages about third-party products and services, use de-identified versions of data to check trends, and monitor customers accounts to enforce its own terms of service. It can also use it to investigate or report security incidents, crime, mischaracterization or fraud.

Plume's got some new hardware debuting in the UK too. In the US, you can get starter packs with a SuperPod routers and Pod extenders. If you're in the UK, you'll also get the new dual-band PowerPod extenders, which Plume says are faster and more reliable than the old Pods.

Plume's subscription will start at ┬Ż99 a year, but you'll also need to pay for the hardware in a starter pack to get Plume going - those also start at ┬Ż99. For the UK, those packs will begin shipping on 15 April. You can head to the Plume site to order from today.