Rachio's next-gen smart sprinkler system has no time for leaks 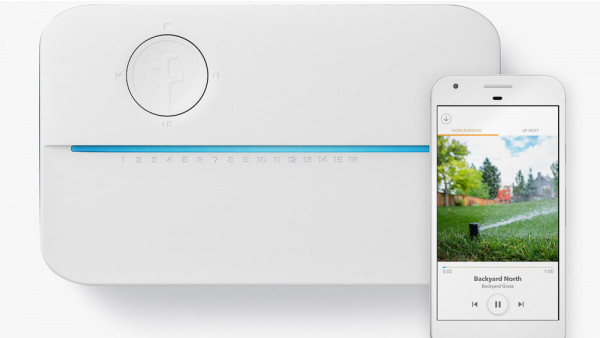 Rachio, the biggest name in the Wi-Fi sprinkler world, is back with its third-gen device. The Rachio 3 Smart Sprinkler Controller has been unveiled, alongside a new Wireless Flow Meter.

If you're unfamiliar with the basics of the Rachio system, allow us to fill you in. Designed for those gardens where walking around with a watering can just won't cut it (i.e. gardens with a zonal irrigation system installed), the Rachio controller gives you full control from your smartphone wherever you are, and could cut your water bill by as much as 50% in the process. It's much more than just a timer system.

The Wi-Fi enabled setup is able to adjust sprinklers based on soil type, and exposure to the sun, turning them on only when your garden really needs them. It'll read weather pattens, humidity levels and remains switched off when the rain is doing the work for you.

The big addition to the third-gen system is the new Weather Intelligence Plus tech, which gathers data from satellites, radar and over a quarter million personal and national weather stations for hyperlocal precision forecasts. This will show up in the app for people buying the latest model - first and second-gen Rachio users won't be able to tap into this data sadly.

Everything can be controlled through the app, but there's also integrations with Alexa, Google Assistant, SmartThings, Works With Nest and IFTTT for extra functions and features. The Rachio 3 also adds dual-band Wi-Fi for a more reliable wireless connection.

The new Wireless Flow Meter, which connects via a long-range radio, uses patented Vortex technology to get highly accurate readings of water flow, alerting when leaks are detected and shutting off the system to prevent flooding.

The new Rachio 3 can be pre-ordered today. Prices start at $199.99 for a 8-zone system, it's $80 on top of that if you want the Flow Meter too. 16-zone systems are also available - all are due to start shipping in April.

Rachio are on the back of a $10M Series B funding round. The Colorado company has already, we're told, sold hundreds of thousands of its first and second generation smart sprinkler systems.