Ring Always Home Cam is a flying camera for your home

Always be home with Ring's new drone, plus new car tech and a mailbox sensor 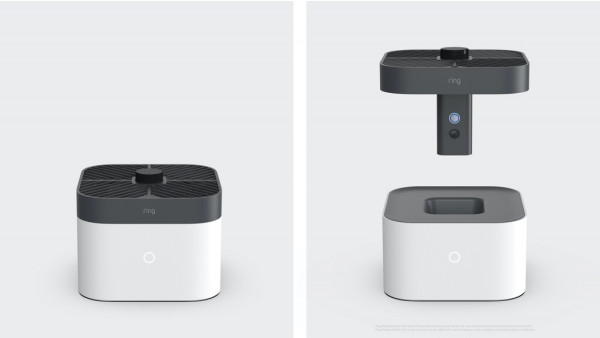 Ring swooped in and stole the show at its parent company Amazon's big launch event Thursday, with the announcement of its first indoor flying security camera.

The Ring Always Home Cam ($249.99) is an autonomous indoor security cam that flies around your house to give you a variety of viewpoints without having to install multiple cameras.

The idea is that you don't always have a camera installed everywhere you might want to see, such as next to the stove you thought you left on, or by a window your significant other may have left open.

"Instead of simply encouraging customers to buy more cameras and set them up in more locations around the home, how could we solve this problem with one solution?" Ring founder Jamie Siminoff explained. "We wanted to create one camera that could give users the flexibility of every viewpoint they want around the home..."

The cam streams and records 1080p video and also integrates with Ring Alarm. When the alarm is triggered it can automatically fly a set path to see whatŌĆÖs happening. Like a drone guard dog.

There's no official release date yet, Ring says it's coming in 2021.

It's a bit of an OTT solution to problems the smart home already has solved. Door and window sensors can tell you if you've left something open and connected ovens can be turned off remotely.

But we've all likely had that "Doh!" moment when our existing security cams can't show us exactly what we want, and if that's happened to you enough, you might be up for this.

Beyond the security aspect, it could be fun for Christmas morning or during parties to capture the action, as long as no-one gets bonked on the head by it (it does have obstacle avoidance tech).

We've been trying to think of some other plausible use cases, but sadly you won't be able to follow the dog around all day as it can't be manually controlled and will only take pre-set flight paths.

Ring also revealed it's bringing end-to-end encryption of video to customers later this year, bringing it in line with HomeKit Secure Video launched earlier this year.

Starting today, you'll also find a new Video Encryption page in Control Center in the Ring app that will show you more information about how your videos are stored. From here you'll be able to turn on end-to-end encryption for individual cameras when it's enabled.

Other announcements include the Ring Car Cam ($199.99), an in-car security camera that can notify you to any bumps or attempted break-ins when parked, and call emergency services if it detects a serious accident.

It can also record you if you get stopped by the police using a feature called Traffic Stop. Say, ŌĆ£Alexa, IŌĆÖm getting pulled overŌĆØ to record the interaction and save it to the cloud.

For keeping track of your car without the video bit, there's Ring Car Alarm ($59.99). Similar to Vivint's Car Guard and the now defunct Automatic, this is a small device that plugs into your car's OBD-II port and sends alerts to your smartphone if someone bumps, break-in, or tows your car.

It also lets you track the car, and see when it starts a trip and ends one - handy for keeping track of new drivers in the family. You can also link other Ring devices to the Car Alarm and do things like trigger your driveway cam to turn on if someone tries to break into your car.

Finally, a new mailbox sensor is coming. Resembling Ring's outdoor motion sensor, only in white and with what looks like a little antenna to escape the faraday cage that is most mailboxes, this little gadget costs $29.99.

Pop one in your mailbox and get notifications in the Ring app or from your Alexa speaker when the mailbox is opened. Here's hoping it says "You've got mail!.