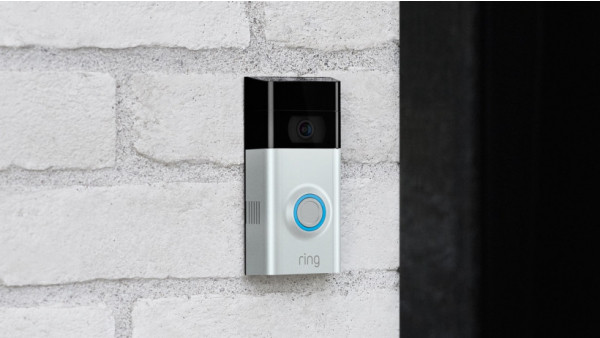 If you're looking to kit out your smart home, undoubtedly Black Friday is the best time to make some discounted purchases across everything from lighting to security to audio.

Ring Video Doorbells are some of the most popular smart home Black Friday deals each and every year, also showing up with steep discounts during Prime Day and other major sales events.

Amazon - parent company of Ring - has already announced its biggest ever Black Friday sale, with the discounts in fact beginning 22 November through to Black Friday on 29 November. Undoubtedly, deals from other retailers will appear even earlier in November, too.

We'll be updating this page with all of the best Ring Video Doorbell deals for Black Friday as soon as they start appearing, so be sure to bookmark and check back. Until then, let's explore what we're expecting the deals to be this year...

Amazon's Countdown to Black Friday and Amazon UK's Early Black Friday Deals have now kicked off, and these have already brought with them some sizeable savings on Ring Video Doorbells.

There's a big saving on the Ring Video Doorbell 2, which is a great price. But, if you've not already got an Echo Show 5, then this bundle deal is even better value.

Over in the UK, you can pick up a discounted Ring Video Doorbell 2. But on top of that, Amazon is throwing in a free Echo Dot as well.

The Ring Doorbell deals we expect for Black Friday

So, let's have a gaze through the peep hole and see what Ring deals are on the horizon. The easiest way to get a gauge on what deals to expect is in fact to look backwards at deals that have come before.

Fortunate, then, we've been keeping a close eye on Ring doorbells all year round.

Last year, for example, Amazon discounted the Ring Video Doorbell 2 to $139 and threw in a free Amazon Echo Dot speaker. As you can see above, Amazon has topped this by now throwing in a higher value Echo Show 5 smart display.

The deals aren't exclusive to Amazon, however. Best Buy took the Ring Video Doorbell Pro down to $179.99, a saving of $120, but also threw in a bonus Echo Dot.

So you can fully expect bundle deals with smart speakers and displays to be a recurring theme. Considering that they're all designed to work together, courtesy of Alexa, it all makes perfect sense.

Needless to say, there's a lot to get excited for if you're after a Ring Doorbell this Black Friday. So be sure to check back later in November as the deals begin to roll out. If you want to know how to get the most out of your Ring doorbell, be sure to read our Ring guide, too.