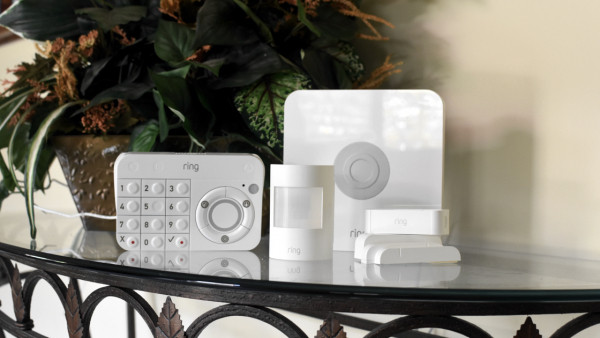 Ring, one of the leaders in smart home security, announced today that it has joined the board of directors of the Z-Wave Alliance ŌĆō the consortium of tech companies promoting the adoption of Z-Wave as a smart home protocol.

Interestingly, Amazon - which owns Ring - has a seat on the board of the Zigbee Alliance, a competing smart home protocol.

Amazon's Echo Plus and Echo Show 2 are both Zigbee-enabled smart home hubs, although the company hasn't done a lot with Zigbee to date. So could this be the bridge that gets Amazon to offer support for both protocols on its smart home hub products?

Ring Alarm's base station uses Z-Wave to pair its security devices (but it also has a Zigbee radio on board that's not currently active).

Combined, an Echo Plus and Ring Alarm have pretty much every smart home protocol you might want, including built-in Alexa voice control - could the perfect smart home hub be on the cards?

Read This: Zigbee vs Z-Wave - Which is best for your smart home?

As a Principal Member of the Z-Wave Alliance, Ring will help promote Z-Wave adoption in the smart home as well as have a say in innovation of the protocol.

ŌĆ£We believe Z-Wave is one of the leading IoT technologies ŌĆō particularly in home security. The Z-Wave Alliance has been a strong evangelist for interoperability, security and simplicity in the smart home, which are all things Ring strongly believes in too,ŌĆØ said Mike Harris, president of Ring Solutions.

ŌĆ£We look forward to working with the Board of Directors and active Alliance membership and together finding new ways to make smart home security more accessible for everyone.ŌĆØ

This news hardly comes as a big surprise. Ring has been working closely with the Z-Wave Alliance since it debuted Ring Alarm last summer. The smart security system was the first product to use Z-Wave's SmartStart, a feature designed to make the somewhat laborious process of pairing Z-Wave devices to a hub a lot easier.

With SmartStart users just scan a code on the device to pair with the hub (similar to how HomeKit pairing works) rather than having to faff with finding reset buttons or fiddling with batteries. SmartStart is mandatory for all users of the new Z-Wave 700 series platform, which promises significantly better battery life and longer range.

Wi-Fi and Bluetooth have muscled in on the space traditionally occupied by Z-Wave and Zigbee in the smart home space, so simplifying adoption of the protocol is a wise move. Complexity has been one of the biggest disadvantages of Z-Wave devices, but smart security offered by companies like Ring has long been a mainstay of the Z-Wave protocol, which offers better battery life than Wi-Fi and longer range than Bluetooth, perfect for small devices like contact sensors and motion sensors security systems need you to stick all over your house. And clearly, smart security is a big driver of smart home adoption.

ŌĆ£The desire to feel safe and secure at home continues be a powerful driver of smart home adoption," says Mitchell Klein, executive director of the Z-Wave Alliance. "With Z-Wave as the leading IoT technology in the residential security market, weŌĆÖre thrilled to be adding one of the biggest DIY security players to our Board of Directors to lend their voice and expertise.ŌĆØ