Keeping the same lowly price, the entry-level Ring is a great option 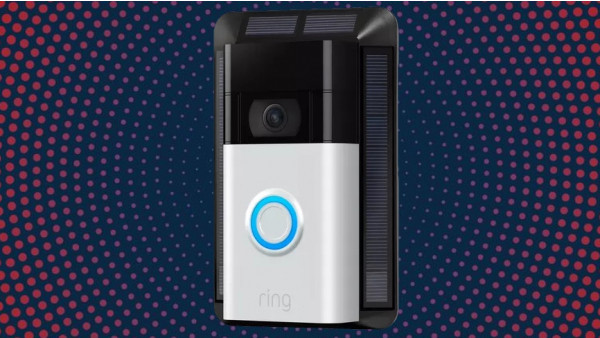 The smart doorbell that kick started the connected front door revolution has been revamped for 2020. The second generation Ring Video Doorbell has been announced, boasting a budget price-tag and some pretty impressive specs.

The good news is the price stays the same at $99.

The bad news is that you'll still have to take the whole doorbell unit off of the wall when it needs charging. The Ring Video Doorbell 2 added a removable battery to the setup when it went live in 2017.

However, there's a new option if you don't fancy that - a $49 solar base where you can mount the Doorbell on, which charges it.

Back in March, Ring took covers off of the Ring Video Doorbell 3 Plus ( $229.99) alongside newly designed Chime and Chime Pro models.

The Doorbell 3 Plus boasts the Amazon-owned brand's new Pre-Roll feature, which shows you four seconds of footage from before motion is detected from your smart doorbell; with the idea that you can get more context behind what triggered an alert.

However, rather than this four seconds being color, HD footage - thus impacting on battery life and bandwidth - it's instead just black and white, low frame rate footage that's actually captured by a different camera to the main Ring video recordings. In fact, the setup features a three-camera array.

There's also a new non-Plus version of the 3, lacking the Pre-Roll smarts, but even that comes in at $199.99, so the revamped 'original' Ring Video Doorbell's sub $100 may well be tempting for some people.

The Ring Video Doorbell 2nd-generation is available to pre-order now, with shipping starting in June.