A trio of new Roku goodies unveiled by streaming specialist 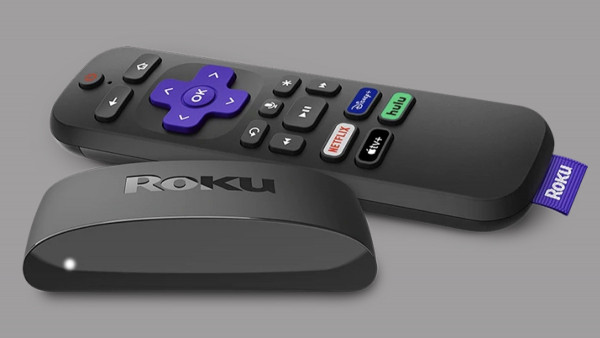 Streaming specialist Roku has unveiled the Express 4K+; a budget-friendly 4K streaming box, alongside its first-ever rechargeable remote, as well as a brand new smart soundbar.

When it comes to setting up the Express 4K Plus, which is capable of 4K HDR streaming with HDR10+, you connect it to your TV using a supplied HDMI cable and link it to your internet connection via dual-band Wi-Fi or you can use a Micro USB / Ethernet adapter.

It comes with a remote that provides buttons for turning the TV on and off, controlling the volume, muting sound, flicking between channels, finding a specific show or movie to watch, and more.

If youŌĆÖd rather shout commands at your TV than using physical buttons, youŌĆÖll be happy to learn that the Express 4K+ provides voice control via an Amazon Alexa or Google Assistant device.

And thanks to Apple AirPlay 2 compatibility, you can control the Express 4K+ and stream content - including video - from an iPhone, iPad, Mac, or a different Apple device.

ThereŌĆÖs also HomeKit support, allowing you to control the setup box via Siri or the Home app on your Apple device.

Roku says itŌĆÖll work with all Roku TV streaming boxes, audio devices, and 'select' streaming players. It also claims that the rechargeable battery will last months on a single charge.

With the Voice Remote Pro, you can turn your TV on or off, change the volume, mute the sound, find something to watch, and lots more using easy-to-use buttons.

But you do have the choice of controlling your TV via hands-free voice commands. To use voice control, simply say ŌĆ£Hey RokuŌĆØ followed by a command. You can even create one-touch shortcuts for your favorite voice commands.

Should you ever lose your remote (weŌĆÖve all been there), you can just say ŌĆ£Hey Roku, whereŌĆÖs my remoteŌĆØ or go into the Roku mobile app to set off a chime sound to help locate it.

If youŌĆÖre paranoid about your remote eavesdropping on your personal conversations, you can deactivate hands-free voice control and enable push-to-talk voice controls instead.

Last but certainly not least, Roku has also announced a new soundbar called the Streambar Pro.

The Streambar Pro will be available to purchase in late May and will cost $179.99.