And ends with the top-tier Ultra 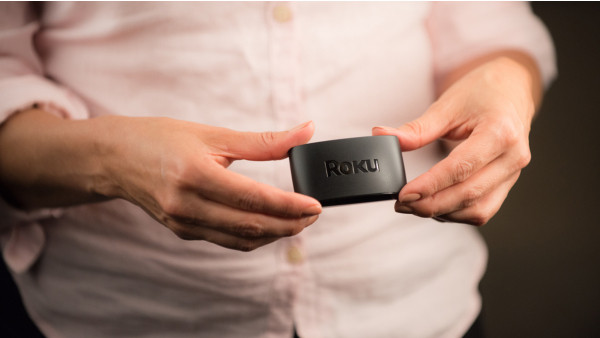 The Ambient is reader-powered. If you click through using links on the site, we may earn an affiliate commission. Learn more
Basil Kronfli
@Basil_Knows
Thursday

Roku is updating its line of TV streaming devices with the new Roku Express, a budget dongle that can be powered entirely by USB. It's also refreshing its Ultra set-top box, and bringing some of its range to the UK for the first time.

The lineup now start at $29 for the revamped Roku Express. Unlike the old Express, the 2019 edition has been smoothed out with a more curved design, but it still has a relatively 90s-budget aesthetic going on.

Unlike the old Roku Express, the 2019 edition can power directly from virtually any television with a USB-A port, so wonŌĆÖt require a separate power connector, and it draws power via Micro USB, while connecting to your television via HDMI. You'll get HD out of the Express, but not 4K.

According to Roku, itŌĆÖs designed to disappear into your TVŌĆÖs undercarriage, however, it canŌĆÖt disappear behind your TV like the Stick+ can, as the Express needs to retain line of sight with its remote control to function.

Given the fact it ships with a remote control, itŌĆÖs more accessible than traditional sticks and in turn, could be an ideal choice for older users who donŌĆÖt want their TV experience bound to a smartphone ŌĆō and who donŌĆÖt need 4K.

Meanwhile the new Ultra still looks like the same flat box, but has had its guts transplanted with a quad-core processor to give it faster performance, while still hanging at the same $99 price tag. And it still supports flash storage and an ethernet connection.

But the Ultra has another new trick: two customizable buttons on the remote, allowing you to configure handy shortcuts to your most-frequented apps.

The third bit of news is that the Roku Express, Premiere, and Streaming Stick+ are all headed to the UK.

Let's start with the Premiere. If you have a 4K TV with no smart interface or have a 4K TV with a gross, sludgy UI that youŌĆÖd rather bypass, Roku has brought 4K HDR capabilities to a new $39 price point here.

The Premiere is powered by a zippy quad-core processor for smoother performance and ships with a remote control as well. Around the back of the box is a microUSB and a full-sized HDMI port, and Roku has packed a premium HDMI cable in the box too.

It also ships with a remote control, so there's here for a simple-to-setup 4K HDR experience, including an HDMI cable.

Given the fact the Premiere is just $10 more than the HD option, weŌĆÖd almost recommend just stumping up the extra if you think you might get a 4K device in the future.

But the jewel in RokuŌĆÖs crown is its Streaming Stick+. As with the Premiere, this isnŌĆÖt a new device, but it is coming with a lower price than ever before. Capable of playing back 4K and HDR content, itŌĆÖs a solid combination of affordable, convenient and capable, dropping from $59 to $49 as of October.

Unlike the Express and the Premiere, the Stick+ isnŌĆÖt a ŌĆśboxetteŌĆÖ; itŌĆÖs a stick that plugs directly into your TV, but like the aforementioned, it can be powered directly from your TVŌĆÖs USB port, shipping with a cable that goes straight into the Stick+ŌĆÖs microUSB port.

It also betters the Express by serving up premium features like long-range 802.11AC WiFi support, and its remote can also work without needing line-of-sight with the stick.

If you prefer talking, the Roku Streaming Stick+ control also supports voice input as well, and it can even learn TV input commands like volume up and down, and power on and off.

All the Roku devices include support for RokuŌĆÖs smartphone app, available for iOS and Android. The refreshed pricing and rangeŌĆÖs availability are both set for October 2019.

With the Chromecast Ultra costing $69, and Amazon Fire TV Stick 4K costing $49, Roku is limboing lower than its biggest competition when it comes to UHD affordability. 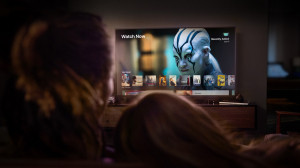 How to get the most out of your Apple TV, 4K and more

Streaming from your phone in 4K 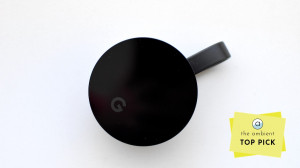 How to control your TV with Alexa: Use your Echo with a Fire TV stick