New Roomba vacuum and Braava mop arrive in the UK

These floor robots can tackle corners and work together 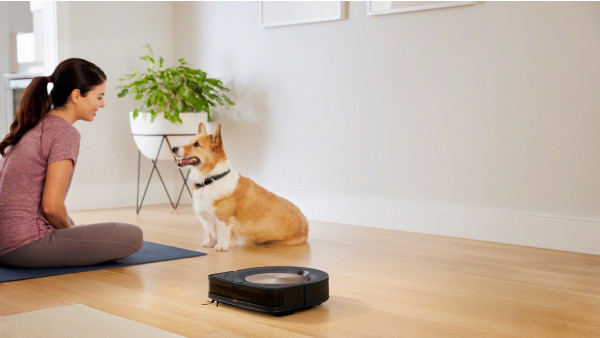 We may not have Rosie the Robot quite yet, but the floor cleaning robots out there just keep getting better, taking at least one boring chore off our lists. This week iRobot's newest robot vacuum and mop arrive in the UK: The Roomba S9+ robot vacuum and the Braava Jet m6 robot mop are now available.

The Roomba s9+ robot vacuum features a new D-shaped design that iRobot says lets it tackles corners and edges with more precision. It can also learn your home's layout through smart mapping and packs 40 x the suction power of the companyŌĆÖs 600 series.

Read this: The best robot vacuum cleaner for your smart home

A Power Boost feature kicks in when the robot detects carpets or rugs, giving it more suction, and the plus model means it will empty itself (or save a few quid and get the s9 that you have to empty yourself - US only for now).

The Braava jet M6 robot mop is step up from the Braava Jet 240, as it can tackle larger spaces and multiple rooms. With both dry sweeping and mopping technology built in, it also uses smart mapping capabilities to get the floors sparkling.

Featuring the same corner-conscious design as the Roomba S9, the Braava M6 can work in tandem with the Roomba thanks to a new technology that lets the robots talk to each other and work in sequence to get the job done. Have Roomba head off on a vacuuming job and Braava can follow suit and mop up when it's done. Plus, as with other models you can control both with Alexa or Google Assistant voice control.

Update: iRobot has informed us it has temporarily paused shipments of the Roomba S9+ in the UK, we'll update this story when they are resumed.