Anything Nest can do, Sammy wants to do better 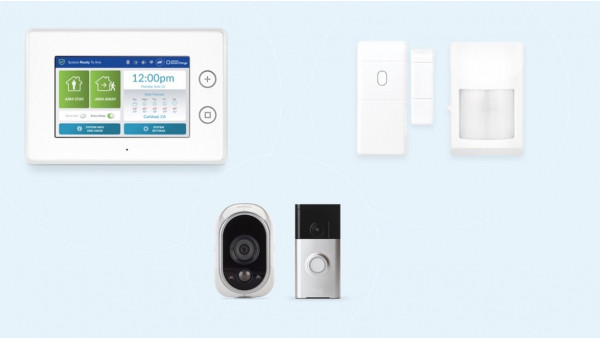 The new kit, which will be powered by the Korean company's SmartThings platform, is able to offer users professional monitoring services from ADT, while also acting as a hub to connect to a host of other compatible devices ŌĆö such as lights, cameras, doorbells, door locks and voice assistants ŌĆö from the companion app.

Although Samsung has had some trouble getting its Gear Fit2 Pro fitness tracker to receive iOS support from Apple, the company indicates that its upcoming hub will be both Android and iOS-compatible. This means users of both major platforms will be free to use to use the SmartThings app to set up routines, receive alerts, manage the sensors and keep tabs on the security of their home.

The move by Samsung may not be its most glamorous or high profile, but it's a clear push to improve its smart home reckoning while simultaneously throwing the gauntlet down at other DIY smart home competitors, like Nest and Ring.

By partnering with a well known security company in ADT, too, it also potentially opens the prospect of smart home safety up to more than a niche tech crowd. However, whether it performs its duty as well as it claims to on paper remains to be seen.

Those who are interested in filling their home with the Samsung SmartThings ADT system can pick the kit up for $549.99, while the expansion pack begins at $199.99. Meanwhile, those who want to also tack on the ADT monitoring will have to cough up an additional $14.99 for life safety and $24.99 for security services. Safety costs, y'know.