Samsung is prepping Bixby 2.0 to launch this August

A voice assistant underdog gets a boost 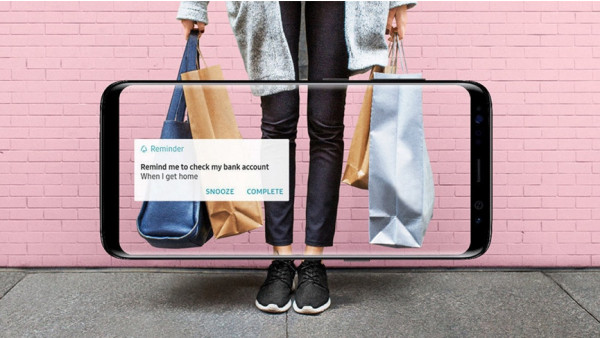 You know times are a-changing when Samsung is an underdog but, when it comes to voice assistants - on phones and in homes - it has a lot of catching up to do.

So it's good news that we're now expecting to see Bixby 2.0 (its Alexa-style assistant, based on S Voice) launch alongside the Galaxy Note 9 this August.

That August release date isn't 100% confirmed but Samsung Research's head of AI Center Gray G. Lee recently said that its next flagship phone will launch with Bixby 2.0. And the next release is widely suspected to be the Note 9 which is likely to be announced in July before going on sale in August.

When it comes to the SmartThings smart home, we'd expect Bixby 2.0 to roll out to Samsung smart TVs and Family Hub fridges etc very soon afterwards to give its designs on the home a boost too. We're also still half-expecting a Samsung smart speaker in the second half of 2018.

The big ambition here is that Samsung wants to have all its home tech IOT ready and "intelligent" by 2020 - that includes Bixby voice controls and its Project Ambience chip/dongle add-on for existing appliances and devices.

So far Bixby has struggled in areas like natural language processing, the technology which allows you to have an accurate, human-like conversation with a voice assistant. This is one of the key areas that Samsung says will improve with the update alongside quicker response times and better noise resistance capability.

It seems Samsung is getting serious about this area. It also plans to hire more AI talent, as per Apple's recent high profile hiring spree, bringing its AI divisions up to 1,000 people; acquiring "promising" AI businesses and setting up more of its AI centers around the world.