Samsung is bringing Bixby 2.0 to your smart home via TVs and fridges 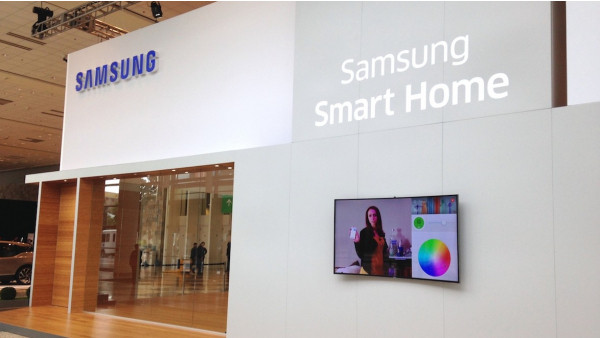 Earlier this year we learned that Bixby was eventually going to make its way to smartwatches and connected home tech. Today at its Samsung Developer Conference keynote, the company said that Bixby 2.0 is also on the way to smart home devices.

Bixby 2.0 is going to come to a range of smart home products, from Samsung Smart TVs to Samsung Family Hub refrigerators. To make this jump, Bixby is getting some changes. Thomas Ko, Samsung's head of service strategy, says there's a fundamental difference between the more personal mobile device, like a phone or smartwatch, and a shared device, like any smart home product.

"You don't want TV to respond the same way to the Mom and Dad, the 5-year-old boy to the teenage girl," he says. "If Dad comes and says 'what's my favorite TV show?' and it says 'football' and then mom comes in and it says football that's not really personal."

Samsung is also going to open up Bixby to developers with a private beta program, where the Korean giant will ask partners to hop aboard and develop software and services with Bixby APIs. Once the private beta is done with, Ko says Samsung is hoping to open the API to all developers.

There is a problem with all this though. What happens to the people who have bought a bunch of non-smart Samsung home appliances? "The challenge that we thought of is that if you want to actually make intelligence of devices to be really democratized to be in all sorts of devices, then you have to buy all those devices," he says. "How is that possible? It would take years and years."

Enter Project Ambience, which is either a dongle or a chip that can be applied to an appliance to make it smart, bringing it Bixby 2.0 in the process. This would attach your appliance to the SmartThings Cloud and add it to your web of SmartThings devices. Samsung wants the SmartThings ecosystem to be as open as possible, and to invite as many products as possible into this big web.

So not only will Bixby be able to link all these devices together and personalize experiences based on the user, predicting what they want or need next, it's also getting improved natural language abilities so that it can understand you better.

Read this: Living with Samsung's The Frame TV

Samsung seems to want to play it both ways here. They want to make smart home products, but they also don't want to leave anyone behind - hence the dongle. These smart applications won't be dependent on an OS either, as Bixby needs to work across Android and Tizen. Oh, and Bixby will also be able to see your net of devices and route itself to whichever device is closest to you, kind of like Siri does.

So why not build a smart speaker - which Samsung has had problems with - and let it do most of these things for you? Samsung wouldn't comment when asked, but it's easy to see the grand plan is to turn all your appliances into smart devices. When all your devices can talk to you individually, and your washing machine can tell you what's up with your clothes, or your TV can program itself to football, why would you need a centralized speaker?