Samsung says it's still working on it... 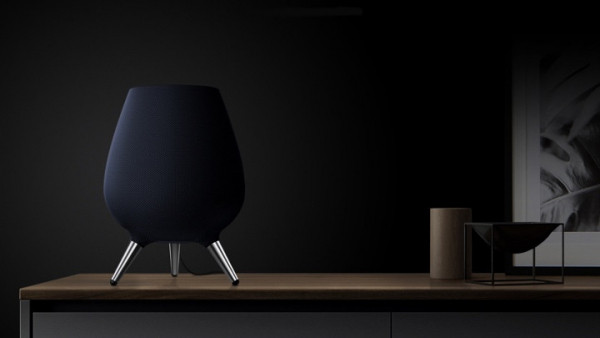 It was Samsung's Unpacked event this week, which meant the arrival of new phones and smartwatches. But one thing we didn't get, something we had been hoping for, was word on Samsung's long-gestating Galaxy Home speaker.

There was nary a mention of the Bixby speaker at the event, which was teased a year ago at the launch of the Galaxy Note 9. It's been so long, in fact, that some of us started to wonder if the speaker/cauldron had been killed off altogether.

Read this: The best smart speakers 2020

But, no. Samsung says it's still live and kicking, and shared the following line with tech media: "We're continuing to refine and enhance the Galaxy Home prior to launch, and look forward to sharing more with Galaxy fans soon."

Samsung is taking on some big competition here, so we don't blame it for treading carefully. But a year is a long time to wait with still no end in sight. Vacuums breed speculation, and there are plenty of theories around why Samsung is taking so damn long to get its Echo/HomePod/Google Home rival out the door.

There's rumors that a Samsung Galaxy Home Mini could be holding things up, as the company want to launch two speakers at once, but we suspect the real issue is Bixby. Apple HomePod demonstrated that a "smart" speaker couldn't be sold on acoustic heft alone; the AI needs to be up to snuff to make it worth buying. Apple doesn't disclose the number of HomePods it's sold, but all reports suggest the figures are disappointing. We think this is a good warning for Samsung to heed because, like Siri, Samsung's Bixby assistant also needs plenty of work.

In fact, Bixby's name wasn't mentioned once during this week's Note 10 event, begging the question of how invested Samsung is in the assistant right now. If Bixby is becoming less of a priority for Samsung, what's the point in making a Bixby speaker? And if it really is less important, wouldn't Samsung be wiser to kill the Galaxy Home to save itself embarrassment of a failed device, and instead focus its energy elsewhere?

Whatever "refine and enhance" means, it will be interesting to see. But the more Samsung pushes the Galaxy Home back, the more we wonder if we need it at all.

Still - looks nice, though, doesn't it?