Samsung's new QLED TVs can blend seamlessly into your decor 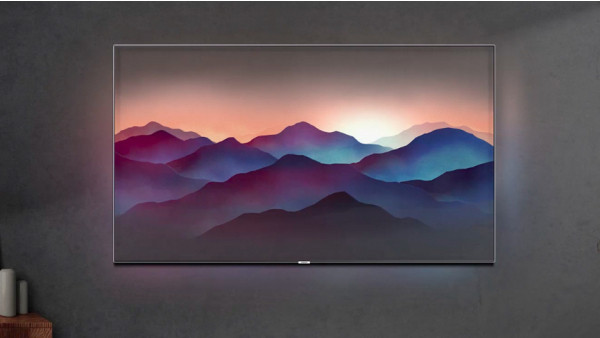 Samsung seems to have outdone itself. Its new QLED TVs for 2018 are able to mimic the wall behind them via a new Ambient Mode that cleverly lets you take a photo of the wall then set this as the TV's background.

Now, we've yet to see this in action in person but Samsung says Ambient Mode's background function will work with plain white walls, brick, wood or even patterned wallpaper and it's a brilliant idea regardless. Early signs suggests bricks and patterns might be more easily recreated than pure white.

It follows on from last year's Samsung The Frame TV which is designed not to appear almost invisible or floating but as a piece of artwork in a frame on the wall, with an ambient light sensor to attempt to match the light in the room.

Read this: The rise of the statement TV

Another option for anyone too house proud to put up with a big, black screen in their living room and both lines of TVs feature Samsung's "invisible" connection (in 5m or 15m) for all the power and data cables plus a One Connect Box for the rest.

The QLED series' disappearing act is the headline trick but Samsung has big plans for the TVs when they're "off". Essentially they don't want them to ever be truly powered off. Instead, this Ambient Mode can also feature an interactive background (again tweaked to your decor); info like weather, traffic, outdoor temperature and the news on top of this animation and photos from your smartphone/Samsung Cloud. There's a built-in timer that will turn off Ambient Mode if you don't want it on 24/7.

Smart home controls are very much in the mix too. A SmartThings dashboard lets you select and control scenes, rooms and devices from the big screen and you can get pop up notifications - say your washing is done in the smart washing machine - on there too.

There's also Bixby, Samsung's voice assistant, on board, accessed via the One Remote or certain Samsung smartphones (Galaxy S8 and above). As well as flipping channels and apps, you can say "Show me my smart home" to get to the SmartThings screen.

The 4K, HDR QLED TVs, which Samsung is referring to as "Intelligent Displays", will go from 44-inch to a huge 88-inch screen. The TVs will be available later this month - no prices yet but expect them start around the $2,000 price of The Frame. You can pre-register now.