If you can't find the right TV in here, there's something wrong with you 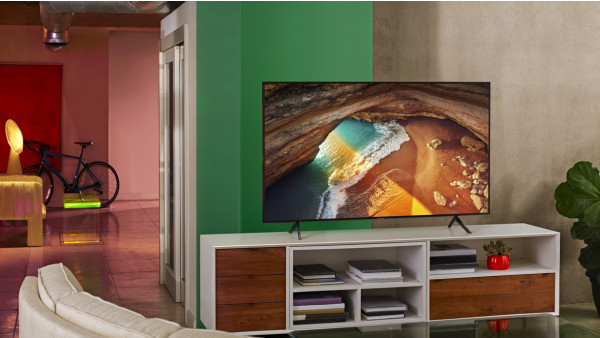 Samsung reigns over the smart TV world, and its throne looks safe for 2019 with approximately seven trillion new models from the company set to roll out this year.

Well, 41 models if we're splitting hairs, but that's an almost overwhelming amount of choice, including some behemoths like the 98-inch 8K monster that made an appearance at last month's CES show.

Read this: A look at Samsung's bonkers 2019 TV concepts

Living room too small? No problem, there's bound to be something in the remaining 40, but larger models are definitely the trend this year. In fact Samsung cites IHS Markit research that claims demand for TVs measuring 75 inches and up will grow 43% in 2019.

The range starts with Samsung's 4K RU category and moves up to its QLED 8K models. In fact all of Samsung's new models bar the RUs are QLED, which means they use quantum dots to improve the brightness and saturation. This also allows Samsung's Ambient Mode - a fancy screensaver that camouflages the TV into the rest of the room - to work its magic.

Samsung's giving that Ambient Mode a boost for 2019 too, with more variety and customizations - patterns, photos and mattes to make your TV look a little prettier when it's not being watched. If you want to take that a step further, Samsung's got new models of The Frame for 2019. That's the TV which sits on your wall and imitates a framed picture during downtime.

Bixby is of course onboard across Samsung's smart sets, with Alexa and Google Assistant coming later this year for more voice control options. Speaking of smarts, Samsung says it's improved its Universal Guide AI, which will dig into your subscription services to better surface recommendations.

And all of Samsung's 2018 and 2019 smart TVs are getting Apple's iTunes app, a first for Apple (and possible precursor to its rumored streaming service) which is finally taking the service beyond its walled garden. AirPlay 2 is also "coming soon" to this year's and last year's models, so iOS device owners can stream music and video straight to the TV.