Maybe if we all club together we can afford one? 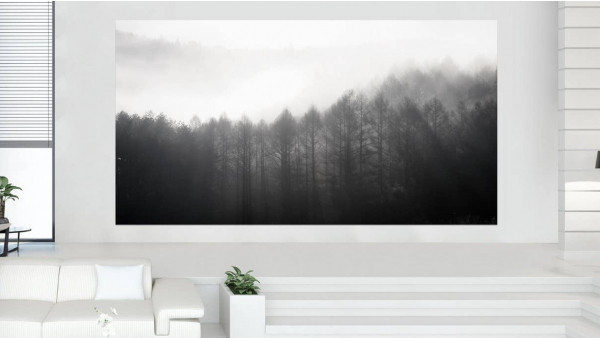 For a while Samsung has been toying with the concept of a gigantic, modular TV, dubbed The Wall. The company launched The Wall as a commercial product, but it's now rolling out a consumer version called The Wall Luxury.

And boy, is it a wall. The Luxury measures up to a whopping 292 inches corner to corner and boasts an 8K resolution. But if you don't have the space for that (or the money) The Wall Luxury starts in a 73-inch model with a 2K resolution.

Read this: Living with Samsung's The Frame TV

Because it's modular, you can add additional screen segments, which simply attach together. Should you start with 73 inches and later decide you want to go bigger, Samsung's found a way for you to do that.

It's all thanks to the microLED tech which makes up each panel. Back at CES we saw this up close with a 75-inch model called The Window, and Samsung demonstrated how the panels could be arranged into different aspect ratios. However the smallest Wall Luxury isn't quite up to that one's spec (The Window at CES had a 4K resolution).

When not in use, the new TV will switch into Ambient Mode, displaying art, photos and videos - and preventing you from having a giant black bit of wallpaper when you're not watching it. It's no slouch on performance when in use either, boasting Quantum HDR a 120Hz refresh rate and a peak brightness of 2,000 nits.

Samsung hasn't yet announced prices for The Wall Luxury but, well, the clue is in the name here. It's going to cost a bomb, especially at 292 inches. We'll know more closer to its launch date of July.