And its regular smart light bulb gets a colour boost 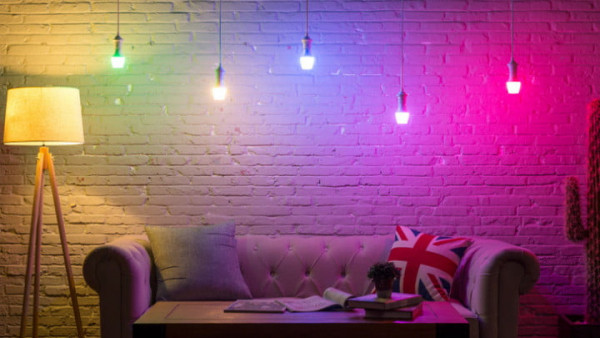 Sengled's smart light bulbs are an affordable and simple to set up alternative to Philips Hue and Lifx. So it's nice to see the specs getting a boost via a couple of upgrades.

First up, the Solo Color Plus is a Bluetooth speaker and smart light bulb - yes - that can change to the beat of your music with its Rhythm mode. Sengled already has a speaker bulb but this model adds color to the mix too plus color, volume and brightness can be tweaked in the Sengled Pulse app.

Read this: Ten smart lighting ideas to steal from Instagram

Next up, the new Element Color Plus smart light bulb replaces the Element Plus. It adds sixteen million colours and "thousands" of shades of white light. App controls via the Pulse app include colour, brightness and white light control (2,000K - 6,500K), scheduling as well as the bonus of energy usage tracking.

Prices are $29.99 for one A19 bulb or $79.99 for a two-pack starter kit which includes the Element hub. Bear in mind here that one big bonus of Sengled bulbs (which work with Zigbee) is that they can work with other hubs like Wink, Samsung SmartThings and Amazon Echo Plus for Alexa and Google Assistant voice controls - though we're still waiting for HomeKit support. Another bonus for existing Sengled users is the announcement that they're now compatible with IFTTT for automation applets.

You might want to hold off, though - Sengled says it will launch motion-sensing smart light bulbs later in 2018 alongside a new Sengled Home app and a smart plug.