That, and all the smart home news you may have missed this week 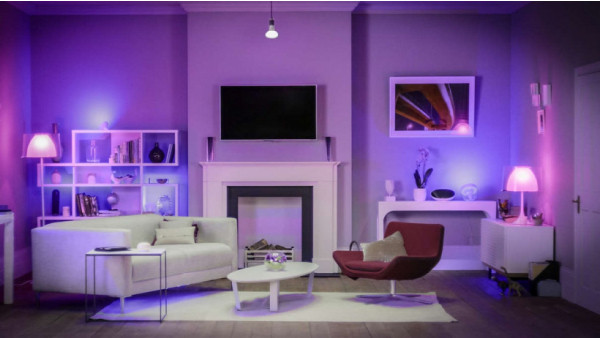 It's been a week of privacy concerns in the smart home. First, Samsung, out of the blue, warned that its smart TVs may be vulnerable to malware, before Google announced that it had patched a Nest Cam security bug that left second-hand buyers open to potential spying.

Elsewhere, in new releases, Amazon launched a new Fire TV with Dolby Vision, Yamaha unveiled two smart soundbars, the YAS-109 and YAS-209, the Ring Door View Cam was made available after a January reveal and Ikea announced its Fyrtur smart blinds will go on sale in October.

Below, we've covered the remaining shrapnel of smart home news - but keep it locked to our dedicated hub for all the latest happenings.

Called Trulifi, the bulbs are able to transmit broadband connections through the lights, using LEDs to shift data and bypass any interfering signals. It will use optical wireless transceiver tech already built into Hue lights - meaning it can be retrofitted - with users simply needing a USB-access key plugged into their computer in order to pick up the LiFi signal.

Signify says, from there, users of the commercial lighting fixtures will be able to enjoy speeds of up to 150 Mbps, enough to stream 30 1080p HDTV movies at once - which, obviously, is exactly the kind of speeds we need at work.

The Trulifi system already has two corporate customers - Globalworth and Claerhout Communication Campus - in Europe. However, Signify also indicates that the technology could find its way into hospitals or industrial plants, where radio signals are harsh.

Let's make it a priority for underground trains, Signify, alright?

After shutting down the Works with Nest program and bringing the company closer into the family with a rebrand of its Smart Displays, Google is now in the process of phasing out Nest.com.

First spotted by Droid-Life, the website's listing of Nest products has been gutted, with a banner noting that 'Nest.com has moved to the Google Store". Users are still able to sign into and manage their Nest Account, check their purchase history and handle Nest Aware subscriptions, but anything related to product information or news has been buried.

Of course, this isn't entirely surprising, given what we've seen over the past couple of months. Google already made the transition confusing enough with its branding choices, so having two separate websites would have only made for more head-scratching.

Ah, smart bulbs - they'd be nothing without a bi-weekly reset, would they? And to save you any of the usual riff-raff, GE has handily laid out the instructions for doing just that to your C by GE bulbs. You ready?

Hey, come on, if you can still remember the cheat codes for GTA: Vice City, this should be light work. At least you're not using an older version of the company's bulbs, with the older firmware. Those users - and epileptics, we imagine - have really got their work cut out:

It really makes you think about how many people it'll actually take to change a light bulb in the new age of the smart home, doesn't it? Because, let's be honest, if you accidentally only turn it on for 7 seconds on the last turn and have to start over, who could really blame you from retiring from the smart home altogether.