But Amazon and Google shouldn't get complacent 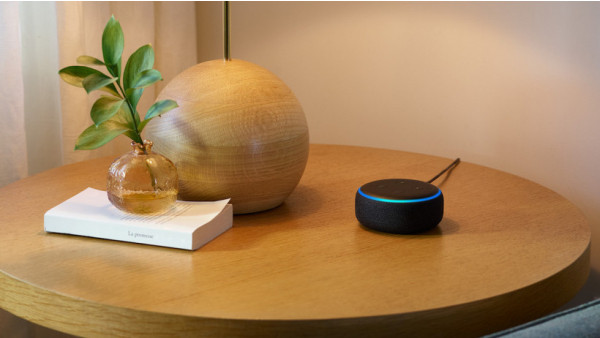 Amazon is still dominating the smart speaker market, according to a new survey carried out by Strategy Analytics, leaving Google with the second biggest share - and Apple trailing behind with just 4% of the market.

The survey was only carried out with 1,011 smart speaker users in the US during July and August, so it's not a huge sample size, but unsurprisingly Amazon came out top dog. In fact, the results found the Amazon Echo to be the most popular mart speaker with 23% of the share, while the cheaper Echo Dot was being used by 21% of those surveyed.

Read this: What happens when virtual assistants go down

As for Apple, it's less good news. Of those surveyed just 4% had a HomePod, although that's about as many as who owned an Echo Spot, Echo Show or Echo Dot Kids Edition.

But really, it's all still to play for. Even this year we've seen Google rapidly catching up to Amazon's lead. A report from Strategy Analytics, published in September, showed that the Home Mini was the best-selling smart speaker during Q2 of this year. Bear in mind that shipment estimates and user surveys are different measurements (and those shipments were worldwide, as opposed to just the US), but it certainly shows that Amazon shouldn't be complacent here.

Neither should Google, in fact. Strategy Analytics found that only 54% of users chose Amazon, Google or Apple when asked which smart speaker they would buy next. That leaves a lot of room for competitors, and the reports had Bose, Sonos and Samsung as the biggest alternatives chosen by people surveyed.

"Our research leaves us in little doubt: smart speakers are a hit with the vast majority of people who are now using them," the report reads. It's also clear that this could all look very different in 1-2 years time.