Controlling your TV with a smart speaker? Check your energy bill

New report claims that when used together, power use can spike 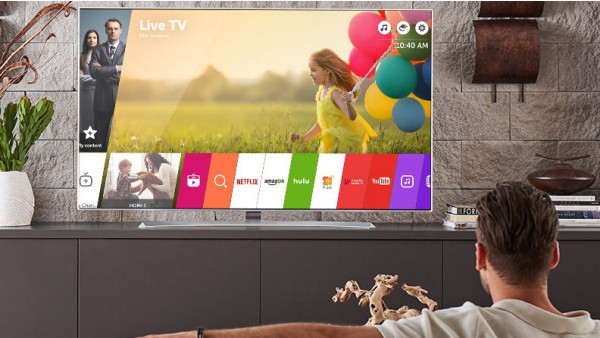 A report from the Natural Resource Defense Council (NRDC) found that while smart speakers and TVs are energy efficient in isolation, energy use skyrockets when the two are integrated. So much so that it can cause annual energy usage to double, according to the report.

Checking the cost: Do smart homes really save energy?

The power is actually being taken by the TV when in standby mode. NRDC discovered that while a TV in standby mode would normally consume less than a single watt, the power jumped to approximately 20 watts when the smart speaker was used with a smart TV and had the capabilities to switch said TV on. This happens because of an inefficiency in the smart TV while it waits for signals from the connected speaker.

Researchers tested on 2018 models from Samsung, Sony, Vizio, TCL, Westinghouse and LG. It linked Amazon Echo (2nd Gen) and Google Home speakers to those which supported integration, and discovered that the sets from Sony, Vizio and Westinghouse all had massive spikes in the electricity used.

However, these spikes only occurred with setups where the connected speaker had the ability to wake the TV. For those that simply had the means to control it, but not wake or put the TV to sleep, there was no power spike.

"Almost all of the extra energy use could be avoided if manufacturers were to design their televisions to sleep in standby mode at less than 1 watt when configured to be awakened via a smart speaker," the report reads.

NRDC says it did some additional testing in the spring of this year and observed reductions in some of the smart TVs that had the wake integration with smart speakers, a promising sign.

While the above research looked at integrated smart TV sets, the researchers also looked at TVs connected to the Apple TV streaming box. They discovered in four of eight tested models that when the box is used to upscale SDR content to HDR (something you can switch on during setup) there was a "significant increase" of around 100% power consumption. This happens because the Automatic Brightness Control is disabled for HDR content.