Classic app on its way out, Alexa and Google Assistant skills RIP and more... 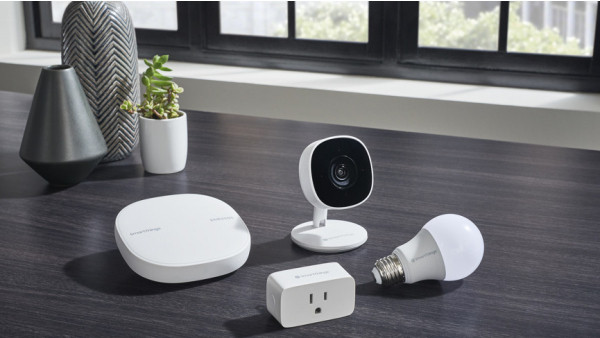 Samsung-owned SmartThings revealed back in June that major changes were coming for its platform; and now we've got confirmation that they are starting to roll out.

"The purpose of this is to simply make things just ŌĆō well ŌĆö better, faster, more reliable and most of all, more secure," that's the official word from SmartThings.

The first major change is that the popular SmartThings Classic app is being "sunset" - that's dev talk for being shot dead. And it's a sunsetting that hasn't gone down too well with the SmartThings community, especially given that we're yet to be informed whether custom capabilities and commands will now work with the 'new' app.

The next major change that is more of a kerfuffle than anything is that the existing Alexa skill and Google Assistant actions are also being killed off. You'll have to get rid of those and re-link your SmartThings accounts using the newer versions.

Echo Speaks is a brilliant little custom controller that allows you to set your own voice alerts within Alexa routines and automations - "Paul, you've left the door unlocked," when it's past 11pm, for example.

"It sucks having to take down a popular smartapp, but itŌĆÖs the most resource intensive smartapp on the platform in absolute terms by a long-shot and is compromising stability for all of our users," explained Blake Arnold, Senior Product Manager at SmartThings, over on the SmartThings Community page.

Guide: How to migrate from SmartThings Hub to the Aeotec Smart Home Hub

Software and platform updates are inevitable and it's understandable that Samsung wants to run as smooth and efficient platform as it can with SmartThings.

But, just as Sonos faced criticism with its legacy system to S2 update and Google is under fire for the delay in getting Works with Nest replicated under the Assistant banner, SmartThings users are, quite rightly, frustrated that functions and features that have become everyday things within their homes will be taken away.