This French startup is all about data protection 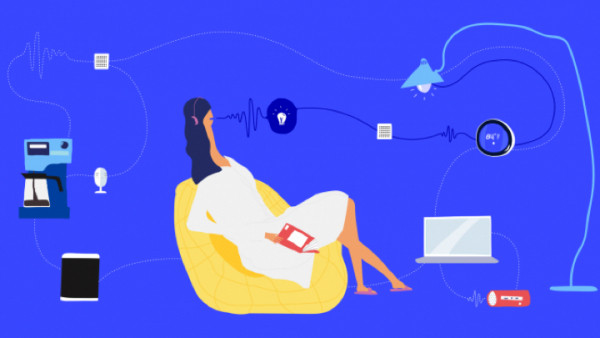 Data privacy is the sure-fire way to stand out when it comes to AI assistants in the home. We've seen the launch of bold plans from Mozilla, Home Assistant and others and now French startup Snips is joining the side of private personal data.

Due to ship in late 2019, Snips AIR will be a range of devices including a smart speaker called AIR Base - that runs on Linux and has a far-field mic array - and a tactile, battery powered, portable microphone named AIR Satellite. It also says anyone can build a product running Snips AIR.

Read this: How Amazon, Google and Apple use your smart speaker data

But the big deal here for privacy nuts is that the blockchain-based AI assistant process and store all your personal/voice data locally, not in the cloud, communicating with each other via the AIRnet protocol (which is open to other manufacturers too).

ŌĆ£Existing voice assistants represent everything that is wrong with the Internet today: centralization of personal data, deprivation of privacy, and exploitation of users and developers. Snips AIR will offer a real alternative to families who care about protecting their privacy,ŌĆØ said Rand Hindi, Snips co-founder and CEO.

So who is behind it? Snips is a 60 person startup based in Paris and New York; it's raised Ōé¼22 million so far in investment and it's about to launch an ICO - an initial coin offering. We guess everything else depends on that but there's also a Kickstarter campaign ahead in its 2019 timeline.