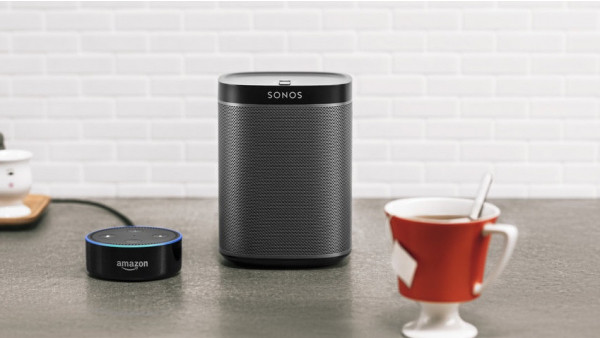 Sonos' CEO Patrick Spence says the Facebook Portal will test whether people care more about privacy or convenience when it comes to voice and technology in the smart home. Spence made the case for alternative, paid for voice assistants that keep our interactions and information private at CCS Insight's Predictions 2019 event last week.

The Sonos chief believes the tech industry hasn't been very good at anticipating the negative impacts of devices like smart speakers, including the invasion of people's privacy via smart home tech, and pointed to the launch of the Facebook Portal smart display as a test for how much people are concerned about privacy.

Read this: Sonos missing manual - what you need to know

"One test of this is going to be Facebook, their own display with a camera and a speaker, the Portal, that will be a test of - where are consumers in terms of putting their concern for privacy at the forefront of convenience?" he said, speaking before the official Portal announcement. "And thereŌĆÖs always that tension back and forth, convenience and privacy. But I think thereŌĆÖs an opportunity there for a voice assistant that maybe you pay for and keeps your information private."

The just announced Facebook Portal has a 10.1-inch display, a 12MP camera and built-in access to Alexa. This summer, a survey of 400 people in the US put Facebook last on a list of 25 brands people on how much they would trust the company with their data. The top three were Visa then - interestingly - Amazon and Google.

Sonos' CEO also pointed out that its voice-enabled speakers, including the Sonos Beam soundbar, are hardwired to turn off the mic when the user does whereas some speakers use software only which is more vulnerable to hacking.

"I think thereŌĆÖs people out there whoŌĆÖd say 'IŌĆÖll pay a dollar or two a month for a great voice service or voice agent'," he said. "ThatŌĆÖs going to help me in my day to day life but also not take all my information, not put that information at risk."

Spence predicted that there will be a smart speaker privacy data breach, similar to the Cambridge Analytica scandal at Facebook saying, "I think thereŌĆÖs inevitably going to be some issues like weŌĆÖve seen with Facebook and social media. I think there will be something that happens."

Despite pointing out that Amazon (via Alexa) and Google (via Assistant) currently make money from user data - "both of those are making profits, the products and the advertisers, and trying to elicit something else out of the equation" - Spence also championed having multiple voice assistants working simultaneously on one device. Sonos' own Sonos One speaker has Alexa built-in and Google Assistant support is still due by the end of 2018.

"Long term, you should be able to access Google or Alexa or Cortana or Siri from one device," he said. "If my daughter walks into the kitchen and says 'Alexa, whatŌĆÖs playing?' she shouldnŌĆÖt care that I started the stream in Google Assistant. ThereŌĆÖs some things IŌĆÖd want to use Amazon for and some things IŌĆÖd want to use Google. You may want to ask Cortana for something in your calendar."