John Hurt wouldn't approve, but we do 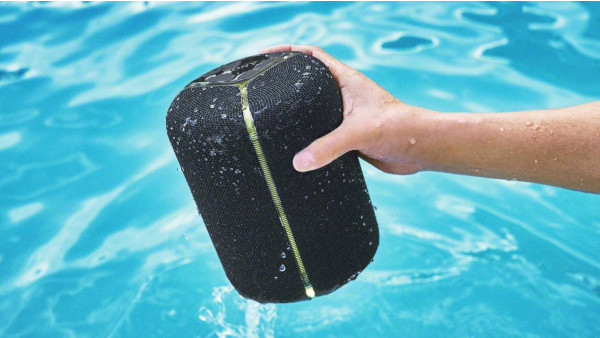 Sony has announced a new Bluetooth smart speaker, which drops Alexa into a wireless rugged shell.

Read this: The best Bluetooth speakers

Alexa is built in here, and it sounds like you'll get the standard third-party-speaker experience from Amazon's assistant here - so everything bar voice calling and a few other Echo-exclusive features.

There's Bluetooth connectivity here as well as Spotify Connect support. You may have also noticed the speaker's multicolor LED lighting strip, which syncs in time with music and gives it a very Alien vibe, at least in the promotional images. Sony hasn't explicitly said it won't open up and unleash hell on the human race, but you're probably safe.

Not only is the speaker IP67 waterproof and dustproof, it's also nicely shockproof - 1.22m on plywood of 5cm thickness, says Sony - so you'll be able to chuck it around in the pool and not worry about Alexa's wellbeing.

The speaker will be available in the UK in July for ┬Ż250. No word yet on the US release - we've asked when it will come, and we'll update this story when we hear back.