The smart assistant is finally expanding outside US TVs 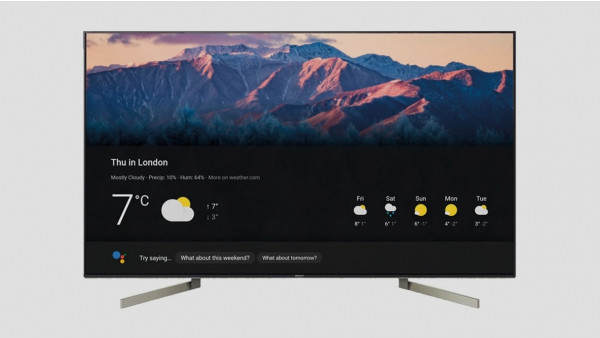 Sony has announced that those in the UK with a TV running on Android TV OS will now be able to take advantage of Google Assistant.

The feature debuted in the US through Nvidia's Shield TV back in September before rolling out to Sony 4K HDR sets in November, and now the smart assistant is expanding its reach overseas - first to those in the UK before a further rollout across Europe later in the year.

It will mean that Sony's smart TVs will now be open to voice control in order to access the likes of films, TV shows and music. For example, saying, "Hey Google, play The Departed on Google Play" will now save you the hassle of opening the app, spending 20 seconds typing it into the search box and selecting it from the stream. It won't just be Play, either, with Assistant able to search through all the apps on your TV for your request and find the best option.

But how does it work? Well, commands will be issued through the TV remote's built-in microphone, with users simply needing to press the corresponding button at the top of the remote and speak. Naturally, other compatible Google Assistant devices, such as smart lighting, thermostats and speakers, will also be free to control through the new integration.

However, not every model will be getting the smart assistant. Sony says that compatible series include the AF8, XF90, XF85, XF80, XF75, with the support set to land before the end of June. For those in France, Germany, Spain and the Netherlands, the company also noted that support will be coming later in 2018, though the specifics aren't yet clear.