Spotify moves out of the home and into the car 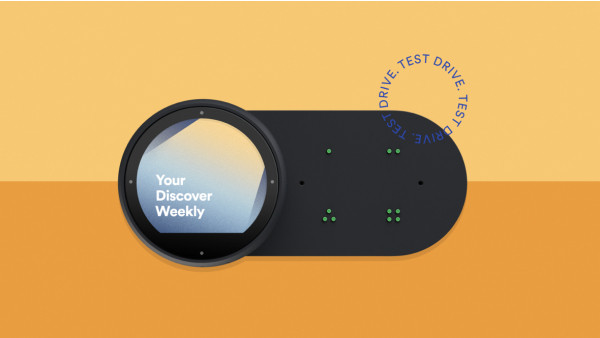 Rumors of Spotify's hardware plans have swirled for years, with talk of wearables and smart speakers. Now the company is finally making its debut with a voice-controlled smart assistant for the car, but only for a handful of test users.

"Car Thing", as it's currently being referred to, is a small device that plugs into the 12-volt outlet and connects to both the car and your smartphone. There's a screen displaying what's currently being played as well as buttons for accessing playlists.

But it's primarily designed as a hands-free device, and you'll be able to get its attention with a ŌĆ£Hey, Spotify,ŌĆØ then tell it what you want to listen to.

The company announced the device in a blog post, where it says only "a small group" of invited Spotify Premium users in the US will be part of the test. The Verge claims a source close to the Spotify says there's no hard timeline for the device, and no guarantee it will ever launch publicly.

Spotify also says in the blog post that it doesn't have "any current plans" to make the device available to consumers, but intends to learn from the test "to dictate how we develop experiences everywhere you listen."

More intriguingly, the company added: "We might do similar voice-specific tests in the future, so donŌĆÖt be surprised if you hear about 'Voice Thing' and 'Home Thing.'" That sounds like a pretty big hint at a smart speaker to us.