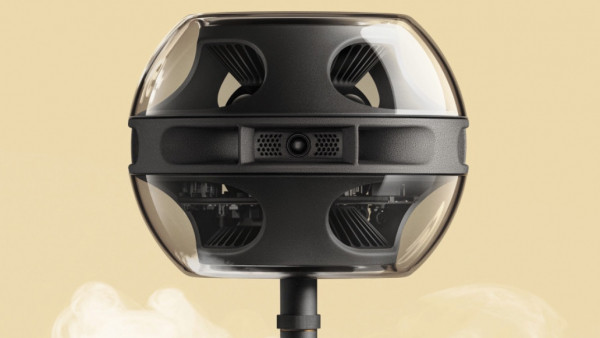 The Syng Cell Alpha smart speaker, which we first got wind of last year, is now available to pre-order, with shipping touted to start in the Spring.

Costing an eye-watering $1,499, this high-end audio solution has been developed by ex-Apple design legend Christopher Stringer and ex-Apple audio engineer Afrooz Family (along with another chap called Damon Way).

It boasts Triphonic sound; a spatial audio technology. Triphonic sound is a novel audio format, which uses immersive rendering to create a revolutionary sound that its creators say is indistinguishable from reality. A trio of Cell Alphas is capable of a 7.1 setup... hence the Triphonic name.

When it was first detailed last year, it was revealed that the company has plans not only for its own smart speaker products themselves, but for licensing their spatial audio technology to other companies.

The new speaker, which can form part of a multi-room audio system, boasts a pair of woofers in opposing configuration, a three-element, two-way beamforming array and three microphones for automatic room equalization.

It works over 2.4GHz and 5GHz Wi-Fi and uses Bluetooth for the initial setup via your phone (iOS or Android). It boasts both AirPlay 2 and Spotify Connect compatibility and can also be used as a TV speaker - although you will need a special HDMI Syng Link cable for this (an extra $49).

It's a big boy; measuring in at 11.8 inches in diameter. It comes with a table stand as standard but you can also buy a floor stand (that extends between 36 and 48 inches) for an additional $170.

One of the founders, Christopher Stringer worked alongside design godfather Jony Ive over in Cupertino where, presumably, he played his part in one or two devices that sold quite well - he's got his name on over 1,400 US patents, including ones related to iPhone design.

Afrooz Family, aside from having potentially the greatest name in human history, worked at Apple as a senior audio engineer at the time when the HomePod was developed and launched.

Time will tell if the Syng Cell Alpha lives up to the hype.

To get in on the action, head over to the pre-sale page.