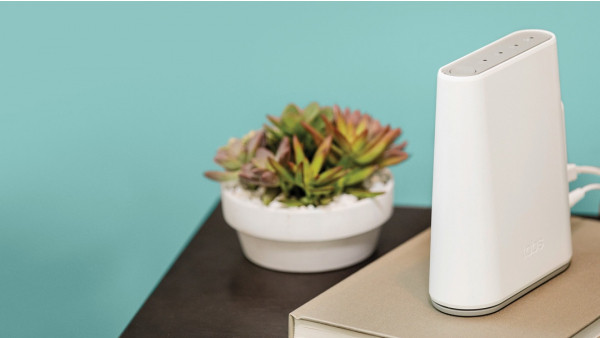 TrackNet used CES 2018 as a springboard for its new smart home monitoring platform, Tabs; a system that the company says has a range of up to one mile without the need for cellular connectivity.

Tabs is a multi-device system consisting of motion sensors, air quality sensors and GPS locators, which all communicate with the Hub ŌĆō with a much further range than the likes of Samsung SmatThings, Wink et al.

ThatŌĆÖs because the Hub ŌĆō that is also a functional dual-band 801.11ac Wi-Fi router, packs in LoRaWAN connectivity, which is said to have a range of 100x that of Bluetooth. LoRaWAN is a Low Power Wide Area Network (LPWAN) specification designed for seamless interoperability among smart things.

The idea behind Tabs is that a whole neighbourhood could be covered, with kids being tracked (via a wristband locator) as they go to friendsŌĆÖ houses, round grandmaŌĆÖs or to and from school. And the more LoRaWAN-equipped hubs in a neighbourhood the better. The system doesnŌĆÖt tie a user to a specific hub, it uses whatever access point it can to communicate with the app. Tabs will be selling mini hubs to expand the range ŌĆō you could plug these in at other houses, local establishments, at schools, to enhance and expand the range.

ItŌĆÖs not just about tracking the kids though. In the ŌĆśHome MonitoringŌĆÖ box ŌĆō which is available to pre-order now on Kickstarter for $229 (40% off of the targeted retail price) ŌĆō youŌĆÖll get a hub, three door and window sensors, a motion sensor and a healthy air sensor.

With the ŌĆśFamily Tabs KitŌĆÖ youŌĆÖll get two wristbands, the hub, a mini hub and two keyring locators. On Kickstarter thatŌĆÖs $259 ŌĆō again, 40% off of the regular price. Once the system is out in the real world, youŌĆÖll be able to buy various Tabs devices individually. There are no subscription fees and so youŌĆÖll only pay for the kit you want.

In theory, itŌĆÖs a fantastic idea, especially if you live in a town where you and your kids donŌĆÖt often travel too far from home. The LoRa Alliance, the guys championing the LoRaWAN protocol, already have more than 500 companies signed-up, including the likes of Cisco, IBM, Comcast, Samsung, Alibaba, Orange and Swisscom.

We spoke to the TrackNet guys over in Vegas and they assured us that Tabs is already in production and the Kickstarter campaign is there in order to keep costs down for people pre-ordering the system.

Tabs is due to start shipping in March ŌĆō The Ambient has a kit to test, so weŌĆÖll let you know if it lives up to its billing ASAP.