One of the best smart heating systems just got even better 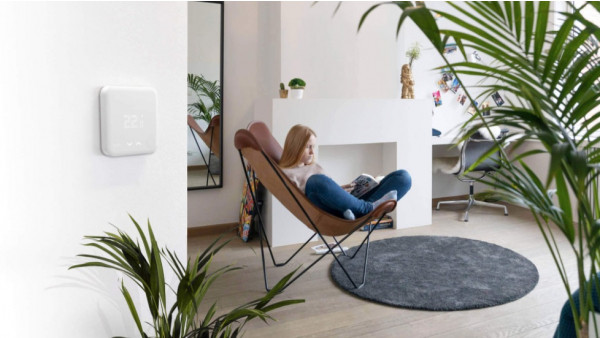 Tado is already the gold standard for smart heating systems as far as we're concerned here at Ambient HQ - check out our comprehensive Tado review to find out why - and now the system is even better thanks to the launch of the Smart Thermostat V3+ and the new Wireless Temperature Sensors.

Announced during IFA 2020 over in Berlin, the German heating specialist says that its latest and greatest smart thermostat is now easier than ever to install and is compatible with 95% of all heating systems.

As with the previous model, it works with heating systems that already have a wired thermostat connected to the boiler, or by replacing a wireless device with the wireless receiver extension kit able to communicate between the boiler, the thermostat itself and the Tado Bridge which connected everything to the web.

A simple Tado system would consist of just a Smart Thermostat, which changes the base temperature of the whole house - using an array of controls; such as an app, manually touching the touchscreen on the Thermostat, voice controls or smart home automations.

In this setup you would still have to adjust the temperatures in your rooms by manually turning the valves on individual radiators.

However, with a smart multi-zone heating system, as you can get with Tado when you add the company's Smart Radiator Thermostats into the mix, you can make much more specific heating choices.

These thermostatic radiator valves (TRVs) have smart sensors built-in to monitor and report the temperature of the room that they are present in and, once a command is received, they can physically change the temperature in that specific room.

The trouble is, sometimes radiator valves are positioned where an accurate reading is hard to take - such as behind a cupboard or behind a pile of toys.

That's where the new Tado Wireless Temperature Sensors come in; they are equipped with temperature and humidity detectors and are able to control multiple Smart Radiator Thermostats in a room, or group of rooms.

Like Tado's Smart Thermostat, they also double up as control panels, where you can physically alter the temperature on the device itself, using the touchscreen on the front.

Tado also used IFA to announce its new Care & Protect feature, which uses the Tado app to alert you if your boiler or heating system isn't behaving as it should.

Still not - officially - available outside of Europe, the new Tado devices are on sale now and pricing is as follows: