The Apple HomePod is dead - long live the HomePod Mini

Apple confirms that it has discontinued its original smart speaker 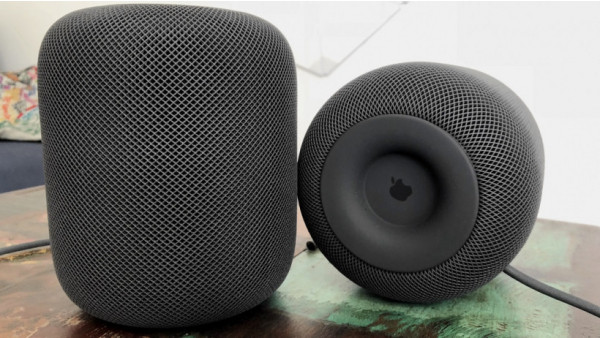 Apple's original smart speaker, the full-sized HomePod is on its death-bed. The Cupertino company has confirmed it will only be selling the remainder of the existing stock and it is being officially discontinued.

"HomePod Mini has been a hit since its debut last fall, offering customers amazing sound, an intelligent assistant, and smart home control all for just $99," read an Apple statement to Tech Crunch.

"We are focusing our efforts on HomePod mini. We are discontinuing the original HomePod, it will continue to be available while supplies last through the Apple Online Store, Apple Retail Stores, and Apple Authorized Resellers. Apple will provide HomePod customers with software updates and service and support through Apple Care."

It's clear then, that the HomePod Mini is the focus for now, which is somewhat surprising given that, when the smaller Apple smart speaker went live at the tail-end of last year, the original HomePod was treated to a meaty software update to add a bunch of killer new features, including the ability to become a Dolby Atmos TV speaker for your Apple TV.

Reports, following the HomePod's initial release in 2018, suggested it had made a "small but meaningful" impact, but it always lagged considerably behind smart speakers with Amazon Alexa and Google Home devices.

A recent survey suggested 1 in 5 Americans owned an Alexa smart speaker, just under 1 in 10 owned a Google Assistant smart speaker, but just 1 in 50 people had a HomePod.

Arriving a bit late to the party, at a time when millions had already invested in another option, it was always going to be tough for Apple's original contender and the pricing of the Apple speaker was also a major factor in its battle against the industry's two key players.

Its launch price of $349 may have tumbled down in the past couple of years but the impact of sub-$100 speakers such as the 4th-gen Echo and the Nest Audio has made the job even tougher for the original HomePod, despite its impressive audio quality.

Apple is, therefore, far more likely to make a meaningful market impact with the $99 HomePod Mini.

And, if it does, you can expect a bigger, better HomePod sequel to arrive to capitalize on that in the future.