The week in smart home: Google Assistant is more newsworthy and more 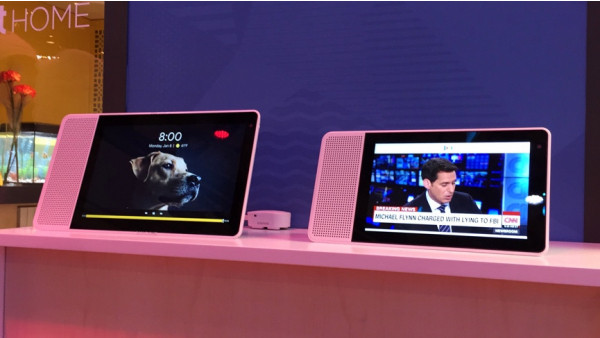 In a week when Alexa got smarter (again), Samsung finally played its smart speaker hand and Apple branched out for smart home domination, there may have been a few, lesser, connected abode stories you may have missed.

No worries, that's where WISH comes in - it's a one-stop-shop for mopping up the smart home headlines that may have slipped your radar. So, without further ado..

Google Assistant is getting better when it comes to delivering the news that you want to hear (and see) - especially if you're rocking one of the new Smart Display devices such as the Lenovo model.

Google announced this week that Smart Display devices will offer richer video or audio news briefings, based on your preferred news sources from hundreds sources by saying ŌĆ£Hey Google, whatŌĆÖs the news?ŌĆØ

When you want to dive deeper simply say something like, ŌĆ£WhatŌĆÖs the news on West Ham United?ŌĆØ or ŌĆ£WhatŌĆÖs the latest on Brexit?ŌĆØ and the Google Assistant will find relevant videos from YouTube. On Assistant speakers without displays, it will read out excerpts from news articles from a growing list of publishers.

No-one wants Alexa to do their shopping (yet)

Amazon designed Alexa so as you'd buy more stuff from its online store. That's a fact Jack - all of the other stuff is merely a side effect. However, despite dominating the smart home landscape, that initial ambition is failing to be fulfilled.

That's according to a report from the chaps at The Information, who state that only about 2% of people with an Alexa smart speaker have made a purchase with their voices this year. The report cites "two people briefed on the companyŌĆÖs internal figures."

However, analysts estimate that voice shopping is a market thatŌĆÖs going to boom in the next couple of years, hitting more than $40 billion in 2022, up from just $2 billion this year.

Do you tell Alexa to buy stuff on your behalf? Let us know in the comments at the bottom.

Sonos announced this week that it was adding Alexa Announcements into the mix and now we've word that Ecobee is getting in on the intercom action too. Both the Ecobee4 Smart Thermostat and Ecobee Switch Plus light switch will play nicely with the broadcast feature.

If you're not familiar, Alexa Announcements turns Alexa-packing speakers into an intercom-like system. Just say "Alexa, announce that dinner is ready" and it will play a chime and then the message on all other enabled speakers/.

It's not actually an intercom because there's no two-way audio so your housemates can't respond via Alexa. Google Assistant has a similar feature for Home named Broadcasts which similarly doesn't support two-way audio.