Vivint will give all new users the power of Google Assistant

And is adding support for new devices 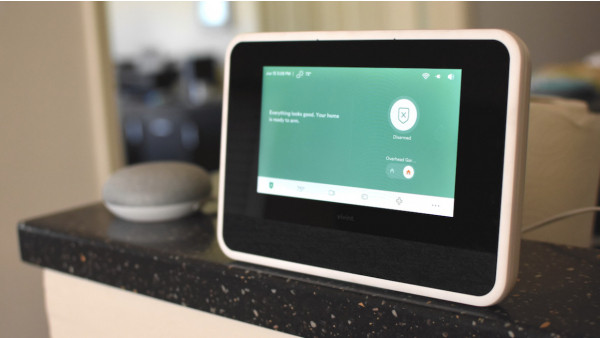 Smart home company Vivint has announced a partnership with Google that will tighten up its integration with the Google Assistant.

Vivin't smart home devices have actually supported voice control via the Assistant for some time, but Vivint is now highlighting this integration by giving a pair of Google Home Mini speakers to anyone who buys a Vivint smart home starter kit.

Similar to companies like ADT and Frontpoint, Vivint puts an emphasis on selling packages, made up from a mix of its own and third-party devices, rather than just individual products. It does sell some devices separately, but it's trying to be a more comprehensive option - you even get someone to come and install it all.

On top of this, Vivint has announced its system will support the Nest Thermostat E. Until now, users only had the option of the Nest Learning Thermostat or the Vivint Element Thermostat. Plus, it's now offering Google Wi-Fi among its products.

Echo Dots and Home Minis are given away like candy these days, a clever tactic for Amazon and Google to put down roots inside your home. The Vivint partnership is another way for Google to get in the door, but it's also a way to get smart home owners using voice from the get-go, whether that's for turning on lights, locking doors or changing the temperature.

Vivint's starter kit comes with a touchpanel, which acts as a hub, two door and window sensors, a motion sensor and two Google Minis for $599.99. If you want home security monitoring, you can add that on for $39.99 a month, plus $9.99 a month extra if you want monthly video storage for your optional Vivint doorbell and smart cams (indoor and outdoor). There's also the $199 full-service installation, which includes a Vivint Pro walking you through all your devices and making sure you fully understand your system.