Don't know where to start? Samsung and Vodafone's new scheme might help 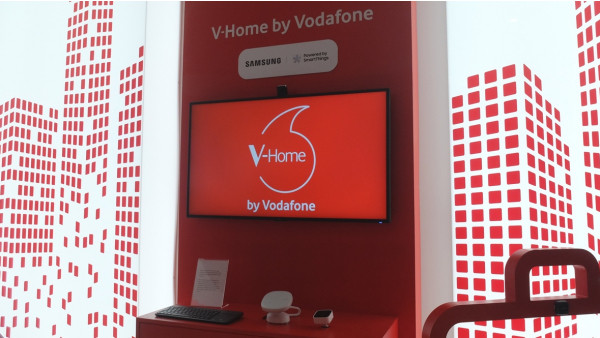 Vodafone V-Home is essentially a repackaged Samsung SmartThings starter kit with add-on packs of smart home kit, like smart plugs, bulbs and sensors; alongside a monthly subscription service. It's designed to make the smart home a less scary prospect.

All the devices it includes in its kits - including names like Osram and Logitech - are compatible with SmartThings, via Zigbee or Z-Wave protocols, so there's little to no research needed into whether everything will work together nicely.

V-Home will launch in the next month or two in Spain, then Germany will follow with a launch in other countries including the UK later this year. The starter kit will be below Ōé¼300 - that gets you the SmartThings hub, a security camera, a sensor and a siren.

Two more kits will focus on home monitoring (water leakage, smoke detection) and convenience (smart lights, motion sensors, smart plugs) will sell for less than Ōé¼100 as add-ons to the starter kit. Later in 2018, V-Home will add third party smart speakers and thermostats to round out the range.

A Vodafone rep told us that the V-Home subscription will cost less than Ōé¼10 a month, which gets you 14 days of cloud camera storage and Alarm Assistant mobile alerts for break-ins or fires while you're out, and that the idea is to be beginner friendly:

"We've selected the most affordable devices, the easiest ones, trying to give you a very simple use case for you to set up. But of course there are much more expensive devices. We're trying to keep it very simple then customers can go ahead and complicate it."

Telefonica was also at the Barcelona tech show, announcing a voice assistant called Aura and its new Movistar Home device. It's a smart display, with a front-facing camera and kickstand, that will launch this fall and is powered by Aura which, interestingly, will work with both Google Assistant and Cortana according to Telefonica.

The features sound pretty standard: asking for recommendations, controlling media and making voice and video calls (via a TV). We've got no more details yet but we'll be keeping an eye on this one too.