The Week in Smart Home: Alexa is about to become much more fun

All the smaller stories from the week that was 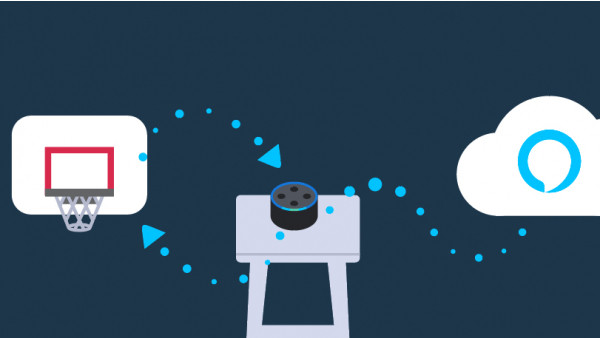 It was the week Cortana was booted from the smart home, and TP-Link disappointed it. But it was also the week we fell in love with Wyze's new smart bulbs, and started getting excited for IFA.

It was, dear reader, a wild one. Here's what else went down.

Alexa, teach me to play the piano

A new developer tool will make for more interesting Alexa integrations. The new Custom Interfaces API will let developers build and customize interesting interactions between their own products and the assistant. That could, Amazon posits, include a keyboard that uses an integrated Alexa to teach you how to play the piano.

Amazon says it sees real potential in Custom Interfaces for building experience for children, such as smart toys and board games. However Amazon adds that any Skill designed for kids younger than 13 will require parental permission, as per the Children's Online Privacy Protection Act.

After much deliberating, OnePlus has landed on a name for its upcoming smart TV, and it's a doozy. Please welcome to the stage, the OnePlus TV.

"We believe there's no other name that can best represent our value, vision and pride than naming it with our own brand," wrote one of the company's community representatives on the OnePlus forum. While the name might not seem that inspired, the announcement confirms the television set is still in the works ŌĆō with rumors that it could even land this September.

Read this: Why the smart TV is still stupid

There was a lot of work put into the new logo too, apparently: "We were inspired by classic geometric progression, which can be seen from so many classic art forms, such the ancient Hindu symbol, the mandala, and the famous ancient Greek temple, Heraion of Argos." Will OnePlus hit a Homer?

Gene Munster of Loup Ventures is up to his old tricks, once again pitting the big three smart assistants against one another in a battle of intelligence. Alexa, Siri, and Google Assistant were all asked 800 questions for a test to compare their brains. Google Assistant came out on top with 92.9% of questions answered correctly. Siri was second at 83.1% and Alexa answered 79.8% of questions correctly.

There were different categories of queries, from information about the local area to navigation. There were improvements across the board over the results from the same test carried out in July 2019.

"Siri continues to prove more useful with phone-related functions like calling, texting, emailing, calendar, and music," said Loup Ventures. In the Command category in particular, Google Assistant and Siri had Alexa beat thanks to being integrated into smartphones. More info on ZDNet.

LG and Lumi team up for the smart home

This week LG announced it's joining forces with Chinese smart home company Lumi United Technologies. "The partnership will focus on developing innovations using AI and advanced sensors that can detect changes in indoor environments such as humidity level, temperature and movement of doors," said the press release.

Much of it will be centered around LG leveraging Lumi's Aqara sensors, as the release describes these sensors being used to automate LG's air conditioners, or to alert users when a window is opened while an LG appliance (like an AC) is operating.

Color us intrigued. The two will be showing off some early concepts in Berlin at IFA next month.