The week in smart home: Chromecast Audio goes cheap after Google cans it 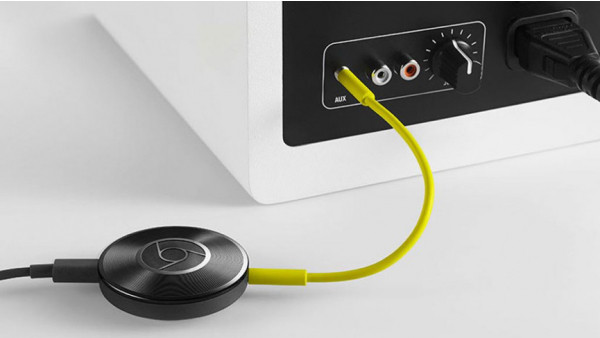 We've done it. We've made it through another CES. And it was yet another big one, with the smart home a major focal point. You can check out the full rundown of all the news that happened at the show in our CES 2019 news roundup.

You can also check out our very favorite things from the show, and read why the smart car was one of the battlefields in Vegas this year. Google Assistant also had a big show, as we finally got to see how it'll work on Sonos speakers and how it's going to live in a lot more things very soon.

But that's not all that happened this week. Here's what else went down.

Chromecast Audio is an affordable way to turn any speaker with an auxiliary jack into a Wi-Fi speaker. But now, more and more speakers are adding Wi-Fi and Bluetooth capabilities. Sadly, that means that Google is discontinuing the Chromecast Audio, as Android Police first spotted. You can still pick it up for $15, down from $35, until it's gone.

HomeKit for TV gets detailed

One of the biggest surprises at CES was news that Apple AirPlay is coming to Samsung, Sony, Vizio and LG TVs, while HomeKit will also arrive on select sets. AirPlay is self explanatory: you'll be able to mirror your iPhone, iPad and Macs to your TV.

How HomeKit will work was left a little vague, but Khaos Tian, an iOS developer at Robinhood, has done some code digging and found that HomeKit for TV will include support for the basics - like controlling power, volume, and input source - while also letting you control features like brightness, media state, picture mode and "remote functionalities".

Sonos is making speaker stands for the One and Play:1

Sonos makes some great speakers, but it's mostly left the accessories up to third parties. However the company is now launching some stands for use with its One and Play:1 speakers. There's one called the Sonos Shelf, which attaches to your wall and comes in black or white for $59.99.

That one's intended for a single speaker, while the 33-inch Sonos Stand comes in a pair for $249.99. This also comes in either black or white and Sonos says it's easy to assemble (and won't wobble!). Sonos has also released three new cable lengths, at .5 meters, 1.8 meters and 3.5 meters.

Comcast has a digital security service for smart home devices

As smart home devices become more popular, we're going to have homes filled with things connected to the internet - and a whole new problem of security emerges Comcast is looking to try to solve that with xFi Advanced Security.

It's an AI-powered service for Comcast users with the xFi Gateway. It monitors your internet and watches for attacks, blocking suspicious activity. It's available for $5.99 a month.

Every week we scour the web for the best smart home deals - check out our pick of this week's biggest bargains below.