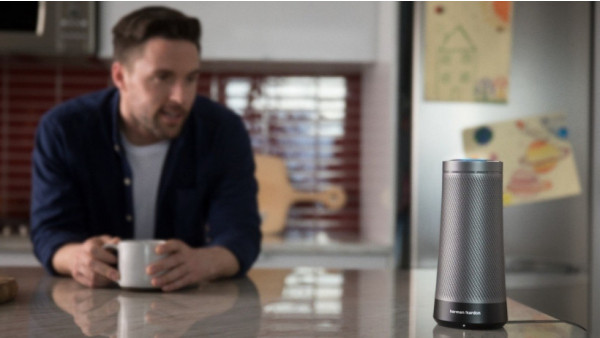 We're here. You're here. Let's get to it. It's time for The Week in Smart Home.

This week we saw Alexa roll onto LG smart TVs, Lutron launch a new Hue smart light dimmer, Control4 add a heap of new features, and more than one thing get HomeKit support.

Oh, and Bose rolled out Google Assistant support to its smart speakers, which already had Alexa. That makes Bose the second company to pack both assistants under one roof, with Sonos just beating it to the punch.

But what about the smaller stories? We've got you covered.

The next tech company that wants to make you healthy is... Comcast?

This week CNBC reported that Comcast was working on an in-home device focused on user health. According to the report, the device is being piloted this year with a view to launch in 2020. The mysterious device will allegedly monitor people's health using ambient sensors, "with a focus on whether someone is making frequent trips to the bathroom or spending more time than usual in bed". The report adds that Comcast is working on a fall detection technology too.

Sounds... kinda creepy. And a lot like a smart speaker, with the CNBC report describing it as having ŌĆ£a personality like AlexaŌĆØ. But Comcast has responded to the report and made very clear that it's not a smart speaker. Instead, it refers to the device as "purpose-built to be a sensor that detects motion.ŌĆØ

So, less like your Amazon Echo and more like a smart health hub, by the sounds of it. Still, while we can see how Comcast has the clout to build something like this, would people really want to give it so much personal data?

If you're a New York resident, an update to Google Assistant means it can now track when your next subway train is coming. You can ask it for a line or for a specific train, so you could ask it, "Hey Google, when's the next 4 train arriving?" It will even give you walking directions to the nearest station. Handy. You can read more on TechRadar.

You know we said a couple of devices got HomeKit support this week? That wasn't the end of it. Tado also launched an updated version of its Smart AC Controller in the UK and Europe, and this one gets HomeKit compatibility, meaning you can control all your air conditioning and heating from the Home app and using Siri.

You'll need a compatible AC unit to make use of this, of course. Tado literally blasts out data over IR, but it's a great way of smartening up your existing system for little cost. The new Tado is available for ┬Ż89.99 right now.