The Week in Smart Home: Facebook is building its own voice assistant

All the stories you may have missed this week 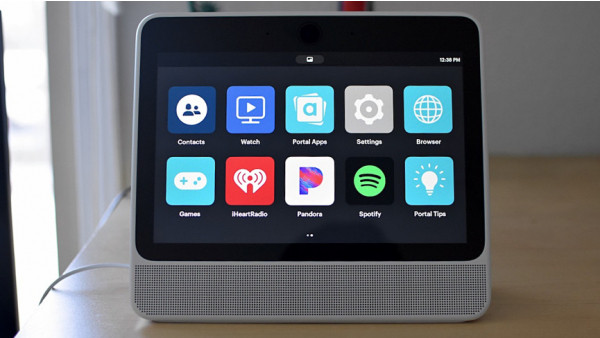 It's been a "stormer" of a week for the smart home, as we industry folks say. Amazon and Google finally buried the hatchet and made up, meaning the YouTube app is coming back to Fire TV devices, while Prime Video will play nicely with Chromecast.

It was also this week that Alexa support arrived for Apple Music on Sonos speakers, Vivint's new outdoor camera declared war on lurkers, and the Facebook Portal got a massive price cut.

Speaking of Facebook, here are some of the smaller stories from the week that you might have missed.

Facebook set to take on Siri and the gang

Facebook has a habit of following major trends - just ask Snapchat - and its next move is to build a voice assistant to take on Alexa and Google Assistant. According to a report from CNBC, the company's VR and AR team has been building an AI of its own since 2018, and has even started contacting smart speaker vendors.

But we can also expect it to come to the company's own smart speaker, Portal. In a statement to Reuters the company confirmed that the assistant is indeed very real. ŌĆ£We are working to develop voice and AI assistant technologies that may work across our family of AR/VR products including Portal, Oculus and future products,ŌĆØ a spokesperson said.

Back in January Signify announced it would be rolling out an integration with Google Home to ease users awake with its Philips Hue lights. Originally planned for March, the feature rolled out this week. It means you can have your Hue lights gradually light up in the mornings, or slowly fade out at night.

You can set it as part of a routine, or issuing a command like "Hey Google, gentle wake up" or "Hey Google, sleep my lights."

Speech tech company Sensory this week announced the launch of a new speech recognition platform designed to protect user privacy. Its timing couldn't be better, with recent news around Amazon employees listening to Alexa voice conversations causing quite a stir. Sensory's new platform is named TrulyNatural and, unlike companies like Amazon and Google which use cloud-based systems, ensures voice requests never leave the device.

ŌĆ£To benefit from the advantages afforded by cloud-based natural language processing, companies have been forced to risk customer privacy by allowing always listening devices to share voice data with the recognition service providers,ŌĆØ said Sensor CEO Todd Mozer. ŌĆ£TrulyNatural does not require any data to leave the device and eliminates the privacy risks associated with sending voice data to the cloud, and as an added benefit it allows product manufacturers to own the customer relationship and experience.ŌĆØ

That means Sensory doesn't require an internet connection to work, but the company boasts that it's shown a task completion rate higher than 90%. TrulyNatural will be rolling out this year, and it'll be interesting to see where it ends up.