The week in smart home: New Chromecast incoming and more

All the smaller stories from the week 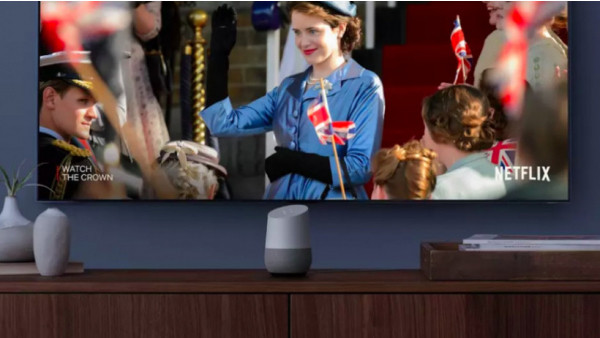 Smart home ignorance season is upon us, and the only line of defence is a healthy vaccination of The Week in Smart Home, our weekly roundup of the stuff you might have missed from the past seven days.

And what a week itŌĆÖs been. Amazon launched a new 4K Fire TV Stick, GoogleŌĆÖs Assistant app got an update (as did AlexaŌĆÖs), and NestŌĆÖs Thermostat E finally made it to UK shores.

But hey, what of the stuff that didnŌĆÖt make the headlines? HereŌĆÖs what else went down this week.

Google's holding a huge event on October 9 - calendar fans, that's next week - and it looks like a refreshed Chromecast is on the agenda. Someone on Reddit claims they were sold a new Chromecast before the embargo lifted - as spotted by Android Police. Apparently Best Buy is already stocking the new device and one store accidentally put the refreshed TV dongle on its shelf early.

GroveStreetHomie, posting on Reddit, said that the cashier sold the device anyway, despite it not being in the system. As the user was unable to set up the new Chromecast (the app will need to be updated by Google first) we don't know a lot about what's new, but it's safe to say it's not going to be a huge update. It does look a little different, with a new matte finish and more subtle 'G' logo emblazoned on the front.

Slashing the odds that GroveStreetHomie is pulling a fast one on us, someone else on Reddit posted a photo of a new Google Smart TV kit, which bundles a Google Home Mini with the refreshed Chromecast.

Speaking of the UK, it appears Siri, Alexa and co are having troubles with accents. Spike Digital asked 2,000 people across the UK how they get along with the current lineup of smart assistants, and found that a whopping 45.3% of Welsh people struggle to be understood.

The second most misheard group were Northern Irelanders - 29.6% of them struggled to be heard clearly. ThatŌĆÖs, err, not great. We will point out that 2,000 people isnŌĆÖt a huge pool, but certainly enough to be telling.

Read this: How people who live alone use Alexa, Siri and Google Assistant

And none of it is surprising: speech recognition tech tends to be trained on ŌĆ£General AmericanŌĆØ and British ŌĆ£Received PronunciationŌĆØ i.e. homogenous groups - but they also learn over time. The more people that speak to them, the more the data set grows and the better these assistants will become at recognizing different accents and dialects. Or at least thatŌĆÖs the idea.

ThereŌĆÖs a new Echo Dot arriving on 11 October, and Amazon is clearing some shelf space by putting the current, second-generation Dot on sale. You can head to Amazon and pick one up for $29.99, which is a $20 saving. Not bad.

ItŌĆÖs also $20 cheaper than the new version, so considering the smarts are the same, thereŌĆÖs still good reason to buy one. You wonŌĆÖt get the improved sound quality or design of the new Dot, but the Alexa experience is just as good. Plus, you can pair it with a better-sounding speaker if you wish.

October is National Crime Prevention Month. That doesnŌĆÖt mean you can go out and do crimes the rest of the year - but it does mean we should all spend these 31 days thinking more carefully about how we protect our homes.

Swann wants us to take a bite out of crime by buying one of its new smart cameras. ItŌĆÖs launched a couple of new models - one for outdoors, one for indoors - which both record full HD, 1080p video and can livestream to your phone. ThereŌĆÖs Alexa support too, and as the company introduced Google Assistant support for its 4K camera earlier this year, we reckon it's safe to bet it will hit these eventually too.

Every week we scour the web for the best smart home deals ŌĆō check out our pick of this week's biggest bargains below.