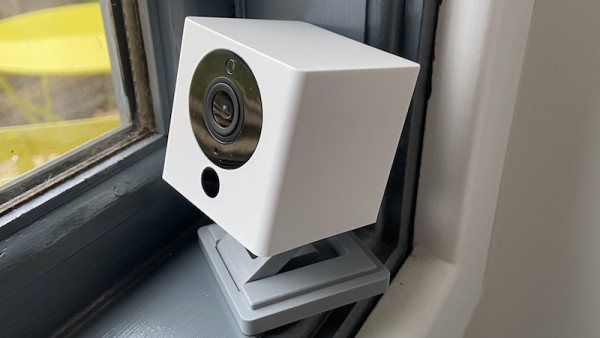 Wyze smart security cameras have just lost a key feature, with person detection being removed with the latest firmware build.

The reason? Apple has just snapped up Seattle startup Xnor.ai, a company that specializes in on-device artificial intelligence, for a reported $200 million. And it was Xnor.ai's tech powering the people detection on Wyze Cams.

Wyze emailed customers back in November to inform them that the feature would disappear in an update mid-January as Xnor.ai had abruptly terminated its contract. And now we know why.

Wyze says it's working on its own person detection tech for its cameras. Over on the Wyze Forum, someone from the Wyze team said, "Our version is making great progress but IŌĆÖm not sure when it will start moving through the test cycles." So it's unclear when exactly when it will launch.

In truth, the person detection feature on Wyze's cameras was always wonky. Two of us at The Ambient tested the feature during our Wyze Cam review and found it to be inconsistent, so we're hoping Wyze can conjure something better in-house

Still, for people who bought Wyze's cameras because of the person detection technology, this news sucks.

Wyze previously stated that Xnor.ai will be wiping all videos that were submitted, while Wyze would keep those it received in order to build its in-house AI.

The company is also exploring recurring revenue streams. At the end of 2019, it announced a new feature that allows Wyze Cams to record motion from start-to-finish, whenever motion is detected, costing $1.49 per camera per month.

Wyze has built its name on cheap smart home devices that offer many of the same features as their more expensive rivals. But it's reckoning with some of the consequences that can come with the territory, this, sadly, being one of them.