The company previews a slew of changes at WWDC 2019 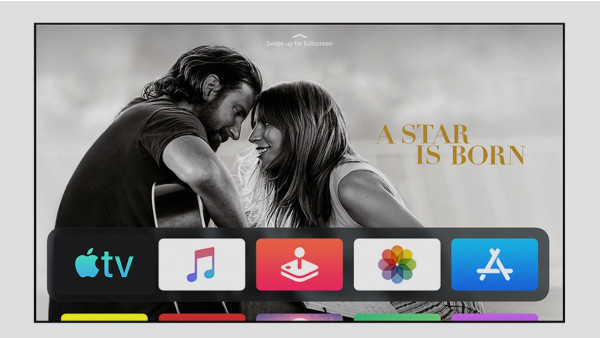 Apple has offered a preview to tvOS 13 at WWDC 2019, including the ability for Apple TV users to soon control the action with an Xbox One S or PlayStation DualShock 4 controller.

Currently, those with an Apple TV can only move around the tvOS platform through the standard remote, something that's remained consistently poor to use since the first generation. However, now, instead of using this or a standard Bluetooth controller, all-new support will be coming in the form of the Microsoft and Sony console's controllers.

Read this: Complete guide to Apple TV in 4K

Of course, this will be particularly useful once Apple Arcade - the company's gaming subscription service - launches later this year. However, it's also useful for those who simply want another alternative to scrolling through menus and already have a DualShock or Xbox One controller lying around on their coffee table.

What we don't know yet - and Apple didn't spend much time on this during its keynote - is whether the pair will be able to connect wirelessly, or whether they'll need to be connected via USB.

Another couple of features coming in tvOS 13, interestingly, are support for multiple users and a new home screen, one that starts playing video from the home page as opposed to just stills.

With multiple profiles to switch between, no longer will you have to worry about your Up Next or Music being sabotaged by another family member. Switching appears to be achieved through a double tap on the remote, which brings up a new Control Center akin to the one found in iOS.

All three of these changes will land with tvOS 13, which, of course, will be the carrier for Apple's new TV subscription service, Apple TV Plus,