Xiaomi Mi Box S gatecrashes the Made By Google party 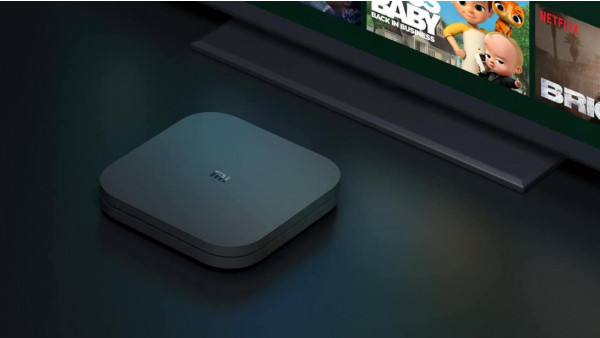 The Xiaomi Mi Box S has been listed on the Chinese company's website for a while now, but it wasn't until the Made By Google event that we got US release confirmation for the streaming box.

The Android TV device has gone live, exclusively with Walmart, with shipping set to begin at the end of the month.

The original Mi Box was a big hit and the S will hope to build on that success with 4K HDR smarts (60fps), Dolby and DTS audio and a built-in Google Assistant. Google's voice services can be called up using a button on the newly-designed remote; one that also now packs in a dedicated Netflix button and a Live TV button for tuning into your digital TV channels.

Mi home is your home: Living in a Xiaomi smart home

It's Android 8.1 for now (Oreo) although we're informed it will be getting Pie'd (9.0) some time soon. It's a Chromecast-enabled device, too, so direct streaming from your phone or PC is also a feature.

Powering proceedings is a quad-core CPU, backed up with 2GB of RAM and there's 8GB of storage on board. UHD fans will be pleased to hear that there's an Ethernet port in place, so you won't need to rely on the Wi-Fi signal (2.4GHz and 5GHz on offer too) for a reliable enough bandwidth for that 4K Netflix action.

It's been a busy few weeks for new 4K streaming device launches. At the Made by Google event, the covers were taken off of the newly designed Chromecast; Amazon followed that up with its new 4K Fire TV Stick, and Roku also recently revealed a new Premiere duo.

Xiaomi is making a big play for the western world when it comes to the smart home. Earlier this year it put the Mi Bedside Lamp, the Mi LED Smart Bulb and the Mi Smart Plug on sale in the US - all with Google Assistant integration.

The Mi Box S can be pre-ordered now for $59 - with shipping set for late October / early November.