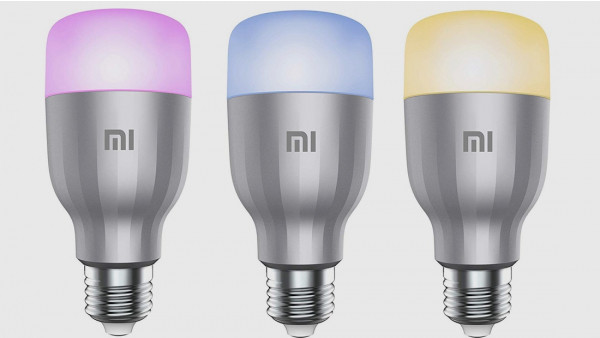 Much of the focus of Xiaomi's big MWC launch event went to the new Mi Mix 3 5G and Mi 9 smartphones - it is a mobile phone expo after all; the clue's in the name - but the Chinese company did find time to announce a new smart light bulb... sort of.

Xiaomi's Mi LED smart bulbs have actually been available for ages in China - and are available in the Western world under the company's Yeelight brand from online retailers like Amazon.

But, as part of the company's big push to become a global brand - the smart bulbs are getting the full Xiaomi treatment and will be available in both the international Mi Stores, and its storefronts on Amazon, sometime soon.

Xiaomi's Philips Hue rival will be available for E27 or E26 sockets, boast 16 million colors, with a temperature range of 1700K to 6500K, and these lights ŌĆō like Lifx ŌĆō don't require a separate hub.

They can be controlled using Alexa and Google Assistant and they will also live in the ever-improving Mi Home app.

Xiaomi also showed off a cheap white bulb it has made in tandem with Philips Hue at the show. Again, this bulb is already on sale officially in China and unofficially elsewhere - but it's good to see Xiaomi expanding the availability of its huge smart home range.

The smart lighting news follows hot on the heels of the exciting reveal of the Xiao Ai Touchscreen Speaker Box last week, which looks set to rival the Google Home Hub and Amazon Echo Show.

There's no word on an official launch date for any of this stuff just yet but Xiaomi did give us some pricing - Ōé¼19.90 for the color bulb and Ōé¼9.90 for the white Hue bulb.