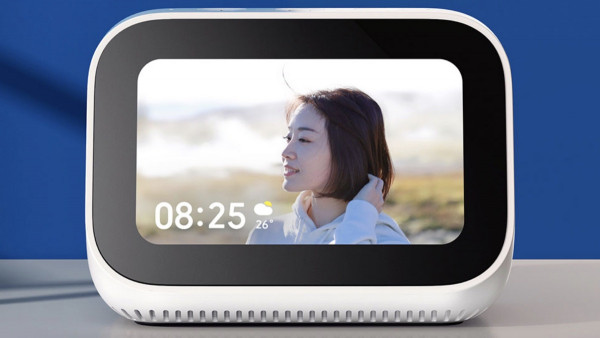 With a form factor that puts it up against the likes of the Lenovo Smart Clock, Xiaomi's diddy smart speaker with a display seems to run on the Android Things platform, rather than the Google Cast Platform the likes of the Nest Hub are powered by.

What that means is that it's like a Google Smart Display, but really isn't one - a bit like Lenovo's effort.

Now that we've got the formalities out of the way, let's have a look at what it's all about.

That display, a 3.97-inch color one with a 800 x 480 resolution, isn't going to win any awards for video playing but it should be perfectly acceptable for showing the time and providing notifications.

Smart home controls seems to be a big thing with the device, not just using your voice with the Google Assistant, but for Xiaomi's own Mi Home ecosystem as well.

Xiaomi states that it is capable of streaming video from compatible security cameras and there's also Chromecast built-in too, so you can cast content from your phone, or use it as part of a Google Home multi-room music system.

Not that we'd expect it to sound all that good.

The Mi Smart Clock has 2.4GHz b/g/n WiFi and Bluetooth 5.0 BLE on board for connectivity, and boasts 1GB of RAM, and 4GB of onboard storage.

It works with both Android and iOS.

The Xiaomi Mi Smart Clock is going on sale in Europe soon, priced at Ōé¼49.99. There's no word on a US launch as of yet.