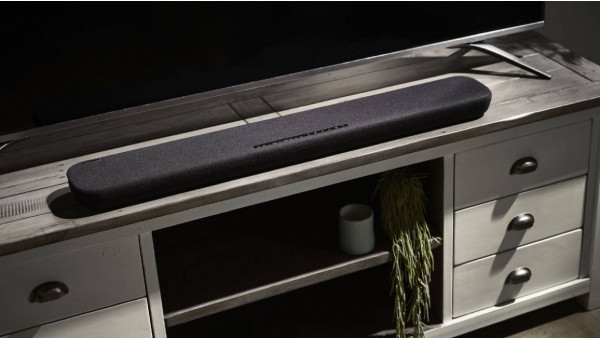 Yamaha has announced its entry into the smart speaker space, unveiling two all-new smart soundbars with Alexa built in - the YAS-109 and YAS-209.

The YAS-109 will come in at $239.95 and feature built-in subwoofers, while the YAS-2019 will set buyers back $349.95 and come packaged with a separate, wireless subwoofer for a bigger bass response.

The pair have been developed in collaboration with Amazon's team in order to implement the preferred placement for microphones, with each offering a slim design and the option to be mounted to a wall.

Naturally, both come with the same features built inside. The wide range of Alexa skills will be available, as well as general support for queries, while users can stream music through Spotify Connect, Amazon Music or Bluetooth. Like other Alexa soundbars, like the Polk Command Bar, Alexa will automatically quieten sound before responding to prompts, with a remote also included with both bars to initiate Alexa manually. The voice assistant can also be muted.

In terms of the nerdy sound specs, both feature Dolby Digital, DTS Digital Surround decoding and DTS Virtual:X, with the end result, Yamaha say, to create a 3D field of sound that comes from around and above the listener. Yamaha's own Clear Voice tech also features, which should, as you'd imagine, improve dialogue scenes in TVs and movies.

There's room for plenty of outputs, too, including obvious support for HDMI inputs and output with ARC. For UHD TV owners, there's even the option for 4K HDR video, and both models' volume can be controlled using different remotes, thanks to CEC. For devices without HDMI connections, there's an optical input built in, as well.

In terms of availability, both will be available in the US from July and make their way across the pond to the UK in August. We'll be looking to test both out and deliver our verdict on which possesses the best value for money. At least on paper, though, these new models should give potential Polk and Sonos customers something to think about.