Mui might just be the most stylish smart home controller yet

Now on Kickstarter, the connected wood panel boasts an array of integrations 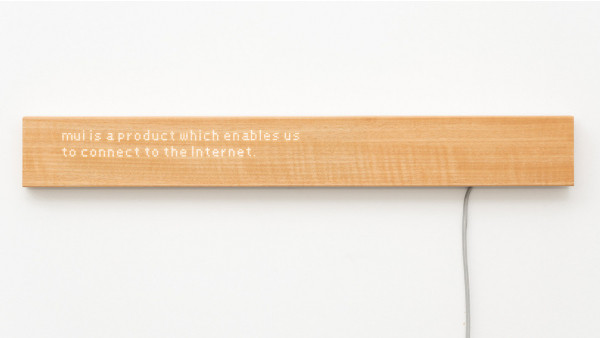 Sure, the new Echo Dot is better looking than the last and the new Google Home Hub is definitely more than a glorified Android tablet but, let's face it, neither have the smart home style of Mui - the interactive wood panel that is designed for "peaceful digital living."

This Japanese smart home control panel has just landed on Kickstarter and, if it works even half as well as the slick promo video, then we're sold.

The 57 x 7.3cm wood panel hides an array of LED lights, which come to life when spoken to or touched. These LEDs can display the time, date, calendar entrie, the weather or even messages from connected users.

Read this: Your guide to Google's Smart Displays

Packing Wi-Fi and Bluetooth, the Mui is also capable of smart home controls - such as thermostat adjustment, music playback and smart light operation. Mui states that the likes of Philips Hue, Sonos, Nest and Honeywell are already on board - as well as Alexa, Google Assistant and IFTTT compatibility.

We're always a bit wary of anything with such impressive features hitting Kickstarter (we've lost count of the amount of slick looking devices we've backed that have failed to materialise) but we've been in contact with the guys making Mui - and they're sending us a sample to test. So, stay tuned to see if it lives up to its promise.

If you're willing to take the plunge before that though, you can back the campaign now and reserve yourself one for $499. The official price will be double that, so it's a 'bargain'. Shipping is pencilled September next year and the company is also opening up a developer kit option.