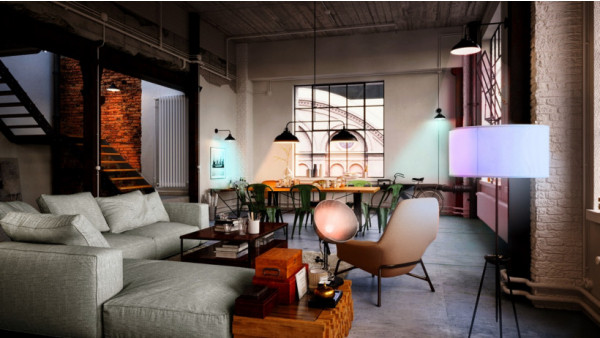 Building a smart home on a budget requires a bit more research and effort than simply splurging on the best connected tech. And if you're here, it's likely because you're interested in smart home automation but have been put off by lofty prices.

Luckily, we're here to help. In this guide to the best cheap smart home tech, we'll be detailing speakers, bulbs, cameras, plugs and more - giving you a one-stop shop to discover all the top devices currently available for a fraction of rival price tags.

For any budget: The top smart home devices you can buy

Our team of smart home experts have tested everything listed below, letting us deliver comprehensive verdicts and allowing you to buy with confidence. We've also tried to only list the gadgets from reputable brands - so, none of the white-label knock-offs you can find through a quick Amazon search. So, let's go shopping.

ThereŌĆÖs no getting around it, IkeaŌĆÖs smart bulbs are far from perfect. The app is a bit buggy and the performance isnŌĆÖt as great as the Philips Hue collection ŌĆō but, at $7 a pop, theyŌĆÖre worth a shot. Part of their beauty is the flexibility ŌĆō you can buy the bulbs, wireless dimmer or remote switch and not even have open the smartphone app. If you do want the extra smarts - such as app control and Alexa controls - youŌĆÖll need to grab a Tr├źdfri gateway ($25).

ThereŌĆÖs a growing range of bulbs, and theyŌĆÖre Alexa and Apple HomeKit ┬Łand Google Assistant compatible. Getting the full gamut of smart home platforms at this price isnŌĆÖt to be sniffed at.

Perhaps a better deal in the US than the UK, Lifx is one of our favourite smart bulbs. Lifx eschews any of the in vogue smart bulb standards such as Zigbee or Z-Wave in favour of good old Wi-Fi, and it actually works.

ThereŌĆÖs no hubs or mess, each bulb just installs and falls under the spell of the Lifx app ŌĆō and, after that, Alexa, Google Assistant, Apple HomeKit, Nest and IFTTT. ItŌĆÖs a compatibility grand slam. But what about the price? You can pick up a simple Lifx Mini white bulb for less than $19.99.

The latest kid on the block, Wyze's debut smart bulb only comes in white for now, but at just $7.99 it's hard to argue with. The price doesn't mean sacrificing too much either, with decent automations, support for Alexa/Google Assistant, and decent integration with other Wyze products. Best of all, it doesn't require a hub to use, which shaves off what could be a large chunk of change.

The downsides? No color option (yet), no HomeKit support, and the bulbs don't dim as low as some others. It also only comes in the single A19/E26 white option right now, but we're hoping for more variety in the future.

Sengled's smart bulbs represent some of the best value you can get in smart lights. If you've got an Amazon Echo Plus, SmartThings Hub or Wink smart hub, too, you can simply power them through the power of Zigbee. That means you can spend as little as $9 on a bulb and get started straight away.

If you don't have any of those things, you'll have to pay $40 for a kit, which gives you two bulbs and a hub. So it's still one of the more affordable smart lighting systems you can get. There's also both Google Assistant and Alexa support. You will definitely need Sengled's hub to use Assistant though, so keep that in mind.

With its third-generation Echo Dot, Amazon has improved most of what we didn't like about previous editions. First, it looks much better. Amazon's new fabric design may make the new Dot look like a very bloated Google Home Mini, but it's far less outdated looking than the previous editions.

It's also improved the sound considerably. It's not going to blow you away, but it does sound better than the Home Mini and previous editions. Plus, you get all the same Alexa features that are present in other non-display Echos. You'll get things like Whisper Mode and Alexa Calling and Shopping Lists and Flash Briefings. You also have a 3.5mm aux jack to hook up to a better speaker, and there's also stereo pair mode for even better sound.

The Google Assistant equivalent to the Echo Dot is the colorful Google Home Mini. The mesh covered speaker comes in a range of funky colours, including coral, aqua and pale grey, and certainly looks the part.

Google Assistant is a great ecosystem, and the Chromecast tie-in works nicely, plus the Google Home Mini will work as a Bluetooth speaker as well. Like the Echo Dot, Google also isn't shy about slashing the price even further on the regular. The one downside, considering the not-great audio quality, is that thereŌĆÖs no audio out, which does let the ensemble down for music listening, somewhat.

With just a 4-inch display, there's less space to work with than the larger and more expensive displays, but Lenovo has adapted with fewer features on its Smart Clock. For example, there's no Google Photos and no Home View, two of our favorite features from other Assistant-compatible displays. And it's not ideal for music, either - matching the kind of levels you'll receive from the Google Home Mini.

On the other hand, it's a less intrusive device, which is especially important for something you'll put on your bedside table. For that same reason, there's no built-in camera, another reason this might be more appealing than the Echo Spot or the Echo Show 5. All in all, this is a great entry into Google Assistant for those who don't want to shell out for a Google Nest Hub and those who prefer a screened device over a Home Mini.

If you're on Team Alexa, the Echo Show 5 is a very good little smart display that won't cost the Earth. With just a 5-inch display (hence the name) the Show 5 is working with little space, but still manages to do plenty with it. In fact, we think it looks much nicer on our bookshelf than the full-size Echo Show, but that does come with some disadvantages ŌĆō chiefly that it's sometimes hard to read from across the room.

But if discretion is the game, the Show 5 is a great little speaker with better sound quality than the Echo Spot and all the full range of control for your connected smart home devices.

If you're well into the Alexa ecosystem, Amazon's smart plug is a pretty solid choice for you. It's affordable and doesn't come with a lot of fancy features, like energy monitoring, but it does do the job of a smart plug effectively.

Best of all, as we say - it works seamlessly within the Alexa system. It's one of the debut devices for Amazon's Wi-Fi Simple Setup. What this means is all you have to do is plug it in, open up the Alexa app and you're off to the races.

The TP-Link Kasa Smart Wi-Fi Plug Mini may be a mouthful, but it actually keeps things pretty simple in practice. And that's what you want in a smart plug, right?

It's cheap, does the job and doesn't take up too much space in the process. There's no HomeKit support and it lacks energy tracking, but the ability to set schedules and an 'Away' mode mean it's not short on features. It also makes an oddly loud noise when you turn it off - but maybe that'll bother you less than it did us.

Amazon has both Ring and Blink under its wings, but it's also got an affordable camera of its own: the Cloud Cam. It's got crisp 1080p video with night vision and two-way audio. If you opt for the subscription plan (either $6.99 per month or $69.99 per year) you'll get motion, people and sound alerts. There's also the Amazon Key edition, which you can pair up with a lock to allow deliver people into your home. The big negative here, however, is that it's indoor only.

Designed by former Amazon employees, the Wyze Cam is a 1080p smart home camera, with motion detection, night vision and free access to your recorded clips. And yeah, we kind of love it.

The Wyze Cam is just $19.99 ┬ŁŌĆō US-only right now ŌĆō and the latest version comes with both Alexa and Google Assistant support. It lacks some high-end features like motion following, but the Wyze Cam confidently brings the fight to the more expensive competition, and when paired with the Wyze Sense makes for an all-in-one smart home setup. Motion detection needs work.

There are cheaper smart home cameras out there ŌĆō but hear us out on this one. The Blink is a totally wire-free, smart camera that runs on a couple of AA batteries, which will run up for up to two years in the new XT2 model. You get 1080p recording, motion alerts and, no monthly fees to access recorded clips and itŌĆÖs Alexa and Google Assistant compatible. $100 gets you a starter kit with one camera and the Blink Home Security Module, which youŌĆÖll need for the system to work.

While $100 isnŌĆÖt bad for a smart home camera system, each additional camera will set you back, $90 which offers one of the cheapest ways to get your entire home covered.

Amazon's Fire Stick 4K is the best bargain in streaming sticks. Sure, you can't natively get YouTube, but there's the Silk Browser to fix that. You're getting a whole lot of stuff for not a lot of money. There's enough standard support here to make the biggest A/V nerd dance with glee: Dolby Vision, Dolby Atmos, 4K and HDR10+ support are all on board. Plus, you get Alexa and the new Alexa Voice Remote with volume buttons. This is the best alternative to the Apple TV 4K, and it's not close.

Smart smoke alarms are pretty pricey, but Roost offers the chance to smarten up your home on the cheap. ItŌĆÖs a smart battery, which fits into old smoke detectors, but will ping your phone if the alarm sounds.

ItŌĆÖs a bit of a retrofit fudge and it doesnŌĆÖt require the certificates and rigorous testing smoke alarms do, due to it piggybacking on tested systems ŌĆō but you can make three smoke alarms smart for the price of one Nest Protect.

One for our UK readers, Now TV is a bargain streaming stick with a difference. Now TV plugs into your telly, and enables you to access SkyŌĆÖs premium programming on the cheap. Plus, Netflix has now been added.

Want to watch all the Super Sunday games? Now TV means you can just buy a day pass for sport, or monthly subs for its entertainment and film packages, meaning you just pay for what you watch. The only problem is that streaming is only in 720p, which is a damned shame, and thereŌĆÖs no Amazon.

The original Ring Video Doorbell is still going strong, and you can bag a first generation model for around $99. You still get to see whoŌĆÖs at your door, and access two-way audio, but the video feed is only in 720p ŌĆō which letŌĆÖs admit it, is absolutely fine for a doorbell.

If you're looking for a little more, the RemoBell S promises the world for $99. You're getting a 180-degree field of view with 1080p video. There's support for motion zones and two-way audio, plus night vision up to 7.5m. You'll also be able to use it with both Alexa and Google Assistant.

We haven't tested this one yet, but it's certainly an attractive package. If it can do everything it promises well, it's one of the best bargains you can get in the smart home world.