Does this smart speaker debut justify the wallet-melting price tag? 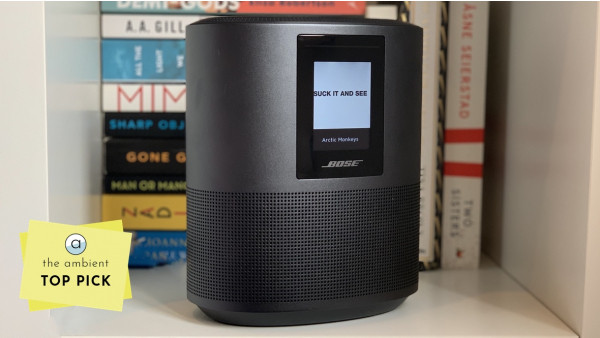 Despite being one of the biggest names in the audio scene, Bose has taken its sweet time entering the smart speaker crucible. Now, with the Bose Home Speaker 500, the company is officially diving into an incredibly crowded space.

However, like countless others before it, Bose will rely on Amazon's Alexa in order to smooth the transition from audio-only devices to one that's ready for your smart home. And with strong pedigree in the area, it's not hard to imagine Bose quickly following this debut with both smaller and larger options packing the smart assistant.

Read this: The best speakers with Alexa

In an ultra-competitive market, though, the Home Speaker 500 has plenty of questions to answer. Can it justify the lofty $399.99 price tag? Does the mini-screen or audio quality manage to separate it from the pack? We've been living with the speaker in order to find out.

When it comes to smart speaker design, companies have spent the past couple of years filling home with screen-less cylindrical pillars of all sizes. And while we're now seeing a progression into speakers with displays, the Bose appears to hover in the middle of these two trends.

The 2.3-inch x 1.3-inch LCD screen sitting in the middle of the shell is the first thing you notice about the speaker, which itself measures 8 x 6.7 x 4.3 inches, but this added tech also means the Bose isn't light; moving this 4.75lb speaker on your shelf or kitchen worktop is going to require more effort than your standard Echo. This isn't uncommon with Bose speakers, mind ŌĆō something like the smaller SoundLink Mini Bluetooth speaker is also weighty for its size ŌĆō but it does make the speaker feel more premium.

Audio is controlled through the touch panel that covers the top of the speaker (there's also Alexa, which we'll come onto shortly). As you can see in the picture below, this features the usual suspects: volume up/down, pause/play, Alexa prompt/Alexa mute. There's also a handy way to switch between a connected Bluetooth device, the device plugged into the auxiliary jack in the back and six pre-set channels. These channels can, for example, play a favourite Spotify playlist, and can be set through the dedicated Bose Music app.

But what about that screen ŌĆō what's it really used for? Disappointingly, it remains more of an aesthetic twist on the smart speaker's design than a practical one. It's not a touchscreen, meaning its key novelty is showing the album cover and a ticker of the artist, album and song title below. This also only appears when you're streaming through the likes of Spotify or Amazon Music ŌĆō if you're connecting to the speaker with a device over Bluetooth, it's largely useless. And while things like getting a visual look at your volume are handy, it just feels like Bose could have taken some inspiration from Amazon's Echo Show and Spot and done more with it.

All in all, though, there's no getting around the fact this is a beautifully made, strong-looking speaker ŌĆō typically Bose, really ŌĆō that didn't look out of place wherever we decided to plug it in. We only wish there was a portable power supply stand available, like the company offers for some of its smaller 'dumb' speakers, as it's the kind of device you want to live in every room. Maybe in a future iteration, hey.

As we've alluded to above, what separates this Bose speaker from its siblings is the built-in Alexa integration. And because of it, the Home Speaker 500 is able to handle everything your regular Echo or Alexa-compatible speaker can.

Thanks to the eight-array microphones situated on the device's top, voice pickup is also extremely strong. A light will appear above the mini-screen when Alexa is listening, and we've found that the speaker can consistently log our prompts even when sound is blasting in the room. Our only gripe is that it's almost too sensitive ŌĆō living with a flatmate called Alex has, as you can imagine, forced in the region of 300-400 false recognitions. I won't even get started on trying to play a game of FIFA or Madden, where the in-game commentator seems to set the speaker off every five minutes ŌĆō thankfully the microphone mute is just a tap away.

But all the usual bells and whistles are here, and if you've used Alexa before you'll know the drill: weather reports, daily briefs, mid-tier responses to queries and low-tier craic. A little disappointingly, Alexa does lag in its responses through the Bose when compared to the likes of the Amazon Echo Plus, Lenovo Smart Display and LG ThinQ WK7. Music can also take 1-2 seconds to filter to the set volume, which is odd. None of this is major, obviously, but you do have plenty of instances when you're wondering whether your request is being processed ŌĆō or whether the smart assistant missed it altogether.

As we routinely detail, Alexa is still the go-to assistant when it comes to integrations and controlling your smart home. But if you're more interested in finding an assistant to get responses from and pick up your requests accurately, which is the main pull here, we'd also suggest exploring the top speakers powered by Google Assistant.

Updated: How does Apple's debut smart speaker compare in 2020? 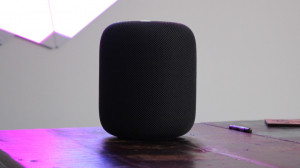 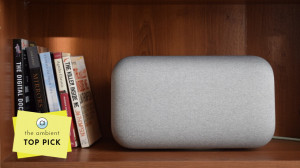 Google's smart speaker is large and in charge

Iconic looks and a volume dial that loves to be cranked 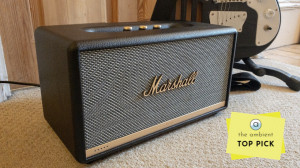 If you're coming to the Home Speaker 500 for the smart features, you'll almost definitely be staying for the audio quality. As you'd expect from a company like Bose, the sound performance is still the headline act here.

And, well, it's quite the performance. Loud? You simply don't understand loud until you've tried to crank this beyond the 50% mark. During testing, we never did manage to get it up to full volume, for fear of shattering the surrounding windows and walls. Thanks to that sturdy design we detailed earlier, and good engineering, it was able to handle our max testing volume (probably around 70%) with almost no distortion or detail loss ŌĆō no mean feat.

Try these: The 80 best Alexa commands for your speaker

The sound is comparable to the HomePod in many ways, though it does fall down slightly in terms of filling a room naturally. While Apple's speaker expertly analyses the space around it, the Home Speaker 500 instead relies on two custom drivers pointing left and right to bounce sound off its surroundings. For the most part this works nicely, but it does mean you'll have to think a little bit more about where you're placing it in your home; it won't necessarily just sound great anywhere.

The sound is also bolstered by the experience of the Bose Music app. And, yes, while downloading another proprietary app at this stage is a truly eye-roll worthy scenario, it does enrich the Home Speaker 500. It's from here you'll be able to connect the speaker to your Wi-Fi and link Alexa. It also acts as a portal for all the supported streaming services. And with it living on your home network, it means anyone can connect with ease (well, relative ease, as you'll need to use the same login details). If you're used to doing this through Sonos, it's very much the same kind of deal through Bose Music.

And if you're an iOS user, there's also a big upgrade in the works for early 2019, with Bose promising support for Apple AirPlay 2. That, of course, means multiple users can ping tunes straight from the likes of Apple Music to the speaker.

Bose Home Speaker 500
Debuts are never easy, but the Bose Home Speaker 500 does an excellent job of meeting the company's high bar for quality. With the smarts of Alexa behind it, a strong design and eardrum-bursting audio quality, there's no question this immediately vaults into the premier tier of smart speakers. The price will surely be a sticking point for many ŌĆō especially with comparable rivals like HomePod and the Sonos One available for cheaper ŌĆō but there are very few other reasons to avoid this option.
PROS
CONS
TAGGED    smart speakers