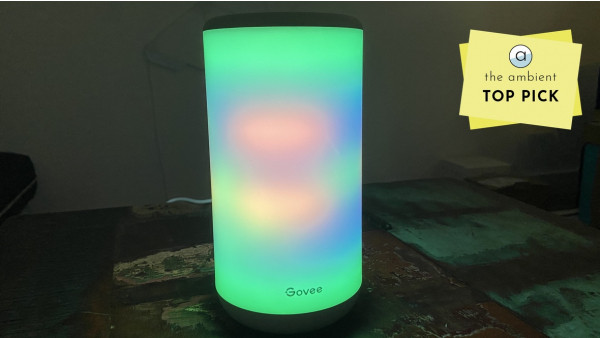 Govee, founded in 2017 and part of the Shenzhen Intellirocks Tech umberella, has been making a big push in the past couple of years to get its connected tech into the hands of consumers in the Western World.

The Govee stores on both UK and US Amazon is overflowing with a range of connected devices - predominantly smart lights - and the Govee Store itself is also pretty easy to use as well, with free express shipping service offered in the US for any order over $30.

Govee, as with rival Chinese startups such as Meross and Sonoff, is a brand that offers 'affordable' smart lights and devices.

For example, a Bluetooth-enabled, color, smart light bulb from Govee will set you back just $11.89; a comparable model from market-leader Philips Hue costs nearly 5x that at $49.99.

I've spent the past couple of months living with a range of Govee smart lights; read on to find out what's good, what's not and whether this is a brand you can rely on when building your smart home.

Govee's smart light line-up is huge. It has so, so many different types of lights on offer - to use indoors, outdoors and even in the car.

It's lightstrips though that the company really specializes in - Govee claims to have an 80% market share on Amazon for lightstrips and who are we to argue with that eh?

The big thing with Govee's lightstrips is that some models offer RGBIC lighting. Unlike traditional RGB lightstrips, which have all the LEDs set to the same color, Govee's RGBIC strip lights are equipped with smart IC chips and can display multiple colors simultaneously; opening up a lot more lighting scenes for you to use in your home.

Govee also uses this RGBIC tech in some of its lamps too, meaning you can create cool effects whereby different parts of the lamps use different colors, such as this 'fish tank' setting on the Govee Aura Table Lamp:

Not all the lights have this option though, so make sure you check whether the description of the light you are considering when shopping for Govee stuff states whether it's RGB or RGBIC. (Govee also stocks RGBWW lights, which adds a white option to the regular RGB option.)

Also, make sure that you check whether the lights are Wi-Fi enabled, or are simply Bluetooth devices. If it's the former, then you'll get Amazon and Google Assistant integrations, the latter will mean you'll need your phone to control them - the boxes and descriptions will also have the Works with Alexa / Google Assistant badges too, so don't be too worried about choosing the wrong one.

So - on the lightstrip front, for an indoors RGB Wi-Fi enabled light you can expect to pay from around $23 for a 5m/16ft lightstrip, right up to $60 for a 20m/66ft option - and there's plenty in between too.

RGBIC lightstrips start at around $23 for Bluetooth-only models; you'll pay from $28 to get Alexa and the Google Assistant on board through Wi-Fi.

A nice touch with the lightstrips is that they come with a physical controller - like the Nanoleaf Essentials model. This allows you to power on and control the lights without getting out your phone, or bothering your digital assistant.

For outdoor lights, there aren't any lightstrips available yet, sadly, but Govee has some excellent string lights on sale.

Unfortunately, these aren't Wi-Fi enabled yet, but Govee tells us that a Wi-Fi version will be hitting Amazon later this year.

Back inside, and there are a number of nice table lamps on sale - our favorite being the Aura Table Lamp, which is in that video above - and Govee also has regular smart light bulbs too; starting at just $11.89.

Like the Outdoor String Lights though, these are just available as Bluetooth-only models for now.

As well as the vast array of smart lighting options for your home mentioned above, Govee also has a pretty left-field connected illumination product up its sleeve.

The Govee Flow Pro Light Bars are the Chinese brand's alternative to Hue's Sync platform but, as you probably guessed, at a much lower price point - the system costs just $69.99; compared to around $230 for Hue's offering.

However, they aren't nearly as clever and, actually, are quite a clunky affair.

The bars themselves, which can simply stand behind your TV or monitor, or be attached to the back of your screen, are plastic blocks that are a bit ugly - but that's not an issue as they will probably be hidden.

Whereas rival, more expensive TV lighting systems, use HDMI passthrough box to analyze a picture and display appropriate lighting effects, the Flow Pro uses a small camera that you have to attach to the top of your TV or monitor. It's annoying. You won't be able to stop looking at it.

And, while the Light Bars themselves offer RGBIC lighting the video mode, which is the one you'll use to create immersive movie / gaming lights, reverts to an RGB affair.

To get the best results you'll also need to calibrate that camera in the Govee app. This means sticking seven orange squares to your screen and then using the app to align the cameraŌĆÖs sight with them.

It's clunky and the results aren't that impressive. The camera can't process the images on screen fast enough to keep up with the action. So, while you will get some nice lighting effects behind your TV, it won't be as 'real-time' and awesome as you get with Hue Sync and its Gradient Lightstrip.

But, for less than $70, it is a bit of fun and will add some color and life to a gaming setup.

When using these emerging smart home brands from China there's always a risk that the app will be the big sticking point.

Even established Chinese brands such as Xiaomi, Huawei and Roborock have suffered in the past with their apps being a bit confusing for western users.

The good news is that Govee app is fine. Sure, you might come across the odd confusing term (and we've no idea at all how the 'Smarts' section works) and some of the descriptions are unintentionally hilarious ('Girl Power Lighting Effects') but, on the whole, it's easy to get your lights up and running.

Usually, we'd say that because of Alexa and Google Assistant integrations, you can ditch the native app and use those platforms instead.

And while that's definitely true for setting up automations, routines, scenes and the like (and, of course, voice controls) you will be missing out on quite a lot if you totally dismiss Govee's app.

There are super niche options in there for your lights, as well as brilliant features like music syncing (video above), which is a great option for creating a party scene in your house with minimal effort.

You might see Siri listed amongst the available voice assistants but, beware, this doesn't mean HomeKit compatibility. It simply means that, on an iPhone, you might be able to set up some Siri shortcuts for your Govee lights.

Is Govee safe and secure?

As mentioned, some of Govee's smart lights work after connecting to your home's Wi-Fi network; they don't use local mesh networks such as Zigbee, Z-Wave or Thread to talk to a hub - although some use Bluetooth to connect directly with your phone.

As with any devices that you add to your home Wi-Fi network, there are security implications. Govee is keen to stress that, with its range: "Our products are FCC, CCC, CE, GS, KC, PSE, SAA, & ETL certified. We developed a comprehensive certification and quality management system."

Obviously you can eliminate any major risk or concerns you have by just using Bluetooth (you don't actually have to pair to your Wi-Fi) but you will miss out on a bunch of features, and you obviously won't then be able to use either Google Assistant or Alexa.

Govee smart lights
Govee offers an absolute plethora of smart lighting devices, in a range of form factors, at absolute bargain prices. The build quality is decent, the native app isn't difficult to use - if you ignore certain bits - and there is Google Assistant and Alexa compatibility with a number of the products. The TV Pro Light Bars aren't really much to write home about but, as for the rest of the more 'traditional' smart lights on offer; whether that's bulbs, string lights or lightstrips, Govee is a great brand to consider for kitting out your connected abode.
PROS
CONS
TAGGED    smart lighting