The domed hero gets updated with Bluetooth and more 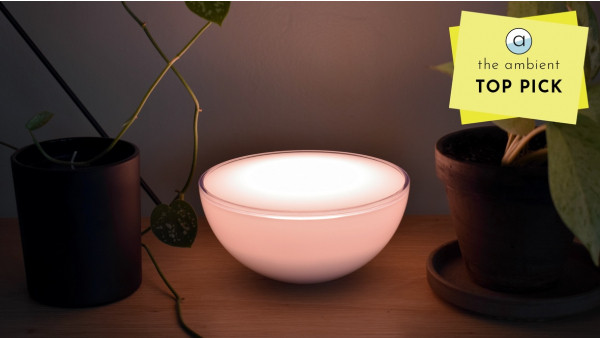 Philips Hue may have made its name in smart light bulbs, but it has an abundance of accessories that shouldn't be ignored. Among those is the Hue Go, a portable light first launched in 2015 and that is now, finally, getting a refresh.

It's not a huge revamp, but Signify has enhanced the new Go in several ways: It's added Bluetooth, boosted the brightness, and fixed a bizarre design flaw from the first model.

Read this: The best smart lights for your home

It's also improved the battery life which, in tandem with the Bluetooth, makes the new Go feel freer than before.

There's no need for a Hue Bridge if you don't already own one. In fact, the Go can work in isolation of phones and Wi-Fi, albeit with a more limited experience.

We've been living with the new Philips Hue Go for a few weeks now. Here's our full review of the updated 2019 model.

The 2019 edition of the Go looks near-identical to the last: a semi-sphere of light; a bowl of lumens. In fact, the only cosmetic change here is the repositioned power socket.

Price when reviewed
$79
Buy on Amazon

One of the biggest criticisms of the first Go was that the power port sat right above the molded stand, which made positioning the Go really awkward. It was a slightly bizarre oversight, one that's been corrected this time with the socket now moved to the side.

The Hue Go is ready to, well, go right out of the box. In fact, one of its unique features is that it doesnŌĆÖt have to be connected to a Bridge or smartphone to work, as there are pre-set lighting modes available at the push of a button (providing thereŌĆÖs power, of course).

There are actually three ways to use the new Go: Connect it to a Hue Bridge, connect it straight to your phone with Bluetooth, or simply control it using the button on the Go itself.

Bluetooth is the new addition for 2019. Signify has now added Bluetooth support to most of its lineup, including all its flagship bulbs. This allows you to make use of some smart features, such as mode switching and smart assistant integration, without a Hue Bridge.

However, it also means youŌĆÖll lose control the moment you step outside of the Bluetooth range; so no remote controlling for you.

Of all the Hue products, the Go benefits most from Bluetooth as it affords full color control even when out of range of the Bridge. Signify says the Hue Go isnŌĆÖt waterproof but can withstand high humidity, making it perfect for taking out into the garden on a summerŌĆÖs night ŌĆō just don't get it wet.

If you plan on connecting the Go using Bluetooth, youŌĆÖll need to use the separate Philips Hue Bluetooth app. Yeah, it's annoying that this experience isn't unified, but the company has suggested it may be in the fullness of time.

Otherwise, you can connect it via the Bridge by adding the Go in the Hue app as you would any other Hue light. It was a pretty instant process for us, although the Bluetooth route does require some button pushing on the Go to pair, and in our case at least, a firmware update.

WeŌĆÖve covered Bluetooth, but the Hue Go has a few other updates for 2019. For one thing, the lumens are boosted from 400 to 520 for added vibrancy.

Battery life is better too, and inside the Go's box you'll find a handy chart listing how many hours you'll get in each mode. The night light mode runs the longest at 24 hours, while the "cozy candle" mode ŌĆō our current favorite ŌĆō which mimics a soft flickering flame, will last for 18 hours before you need to charge the Go back up. You can also just keep it plugged in, of course.

Some of the pre-set modes, such as the reading and energize lights, are far more power intensive, lasting only two and a half hours without a charge.

You can cycle through the GoŌĆÖs pre-set colors with a push of the button. Hold it down for a couple of seconds, and youŌĆÖll put the Go in standby mode.

If youŌĆÖre using the app you can set the Go to any of HueŌĆÖs 30 million color options, and again, the battery life here will vary depending on your choice of hue and desired brightness.

Google Assistant and Alexa both integrate with Hue, as does HomeKit although it requires a Bridge to use. The other two can connect to the Go over Bluetooth sane, giving you the ability to turn the Go on/off an modify its color using voice.

As we already have a Hue system integrated with Google Assistant, the new Hue Go appeared in the app as soon as it was paired to the Bridge, and weŌĆÖve had no problems turning it on, off, or changing the colors using the Google Assistant in testing.

Philips Hue Go: In use

Portability is the real winner here. During the evenings we have the Go on a bookcase, but come bedtime we'll take it to the nightstand as it's much softer to read against than our current bedside lamp.

In fact, "cozy candle" light has become something of a favorite for the evenings. Stick a few of these out in the garden and you have some ambient evening lighting, but it also looks great on a bookcase, where ours is flickering away as we type this.

The Go can be grouped with all your other Hue lighting, and so long as you're using it with a Bridge that means including it with routines and home/away modes. If you're using the Hue Bluetooth app, you won't get those features, just the color control.

Should you unplug the Go, the light will dim a little to conserve battery life, but you can actually boost it all the way back up again using the app. Just remember that the brighter it is, the faster the battery will burn.

Speaking of battery life, criticism of the Go that carries over to the new model is the lack of power gauge. ThereŌĆÖs nothing in the app to tell you how much battery power is left. So you just have toŌĆ” guess? It does feel like something obvious that's missing here.

Philips Hue Go
The Hue Go is a great little light, one that feels more portable thanks to the addition of Bluetooth and a longer battery life. Some small improvements, like the relocation of the power port and the lumen boost, also help make this dome feel more rounded.
PROS
CONS
TAGGED    smart lighting