The affordable Kasa Mini is simple but reliable 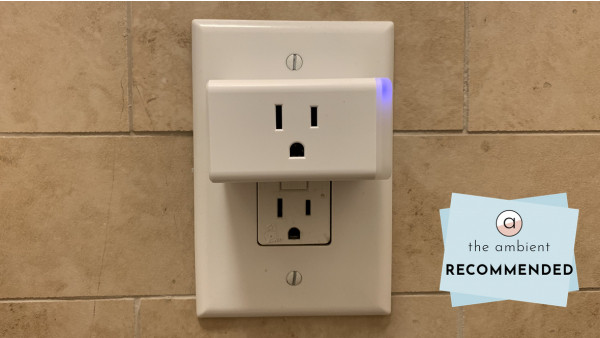 You have to hand it to the humble smart plug. While smart speakers, TVs and smart cameras hog the limelight, it's the smart plugs that are often running this machine we call the smart home.

And when it comes to smart plugs, simplicity is the best quality you can have, in our opinion. The TP-Link Kasa Smart Wi-Fi Plug Mini serves up fewer features than other smart plugs, like the Elgato Eve Energy, and instead shoots for simplicity and a sub-$20 price tag.

Power up your game: The best smart plugs

WeŌĆÖve been using a couple of these in our home for a while now. HereŌĆÖs our definitive review.

The first time we tried Amazon's smart plug we were blown away by how quick it was to set up, setting the bar for every smart plug we've tried since. While it's not so fast on the Kasa, it's still a breeze to get up and running. After all, thereŌĆÖs nothing like downloading a massive software update to a plug to make the smart home feel quite stupid.

Price when reviewed
$14.99
Buy on Amazon

You will have to make an account in the Kasa Smart app to use it, then you'll just need to pair it with the plug. It was quick to find a connection in setup, and overall took about five minutes to get the plug running.

Measuring 1.5 x 2.6 x 1.6 inches, the Mini also lives up to its name. That means you can plug it into a standard outlet and not hog the space for the outlet above or below. However the one I have living on a power strip in my living room does spill over to the outlets either side - but your mileage may vary.

On one side of the plug is an LED that changes color to indicate whether the plug is on and whether it's connected to the Wi-Fi. It's also used during the setup configuration. There's a physical button on the end of the plug too, which can be used to turn it on and off, should you rather do that than use the app or a voice assistant (or if the plug isn't responding).

Speaking of, one of our only niggles with the Kasa is that the click it makes to turn off is kinda loud. Not enough decibels to be a real nuisance, but it's surprising for a plug of its proportions.

One of my favorite features of the Kasa Mini is the companion app, Kasa Smart, which offers a clean and clear overview of the connected Kasa devices in your home. Chances are you won't be all in on TP-Link products (or maybe you are - who are we to judge?), but even if you're only going into the app to control a couple of plugs, it's a cinch to use.

TP-Link offers scheduling on the Kasa Mini, so you can have the plug turn on and off at specified times of the day. If you do have other TP-Link products, you can build scenes here too. There are three pre-loaded in the app - a Good Morning scene, a Good Night scene and a Movie Night scene - but there's also an option to build custom ones.

Away mode, another handy feature, will turn plugs on and off at random intervals, giving the impression that someone is home. You can set the time perimeters for this, telling the app exactly when you want Away mode to start and stop.

Some smart plugs will show you how much energy youŌĆÖre using, which is a pretty useful feature, particularly if you tend to have a lot of appliances and tech running in your home. The Kasa Mini gives you no such breakdown, but the app does let you see which devices are on and the length of time theyŌĆÖve been on for. You get 7-day and 30-day averages here too, so you can spot any dramatic shifts in power usage over time.

Finally, you can connect both Alexa and Google Assistant to Kasa, which you'll need to do through the assistants' respective apps. Once you've done that and made sure your plugs are appropriately named, you can gives commands like, "Alexa, turn on coffee machine" or, "Hey Google, turn off the bedroom lamp."

TP-Link Kasa Smart Wi-Fi Plug Mini
The Kasa Smart Wi-Fi Plug Mini keeps things simple, but that's what you want from a smart plug, right? It's cheap, does the job and doesn't take up too much space in the process. There's no HomeKit support and lacks energy tracking, but the ability to set schedules and an Away mode mean it's not short on features.
PROS
CONS
TAGGED    smart home